Tottenham Hotspur have had a busy summer, signing four players, including two potential world-class players in Tanguy Ndombele and Giovani Lo Celso. Spurs have finally opened their purse to sign quality players, and are considered by many to be title contenders.

Mauricio Pochettino’s side face off against Aston Villa in their opener, a side who have splashed the cash to sign 12 players and could potentially be one of the surprise packages of the season. Let’s take a look at the 3 players to watch out for in the game between Tottenham and Aston Villa.

Aston Villa have made several central midfield signings in the summer transfer window, but the player to watch out for is Villa’s long-term servant Conor Hourihane, who had a good 2018-19 season in the Championship. The Irish international plays as a defensive midfielder for Villa, giving attacking players like Jack Grealish and John McGinn the freedom to attack, while he protects the back four as well as initiates attacks with his accurate passing and distribution.

He will have to shut off supply lines to Spurs’ deadly attackers, while also helping Villa counter-attack quickly against Spurs over the weekend.

Spurs’ most important player is their striker Harry Kane, who needs to be fit through the season for Spurs to have any chance of challenging for any of the trophies. The English forward missed the end of last season due to injury, returning just in time for the Champions League final against Liverpool, but could not help the London club over the line in the end.

Kane will hope to kick off the season with a few goals and combine well with new signings Giovani Lo Celso who could form a deadly partnership with the frontman. Against a defence that lacks Premier League experience, Kane could grab a few goals and will be vital for Spurs on the opening weekend of the Premier League.

Christian Eriksen has remained at Spurs but he could still move to clubs in Spain, Italy or Germany as the transfer windows in those countries are open till the end of the month. Even though he wants to leave the club, he will have an important role to play against Villa as Pochettino may not have the services of Dele Alli, who has a hamstring injury, while new signing Giovani Lo Celso may not be ready.

Eriksen will be the link player between midfield and attack against Villa and will be a key player to unlock the Villa defence. 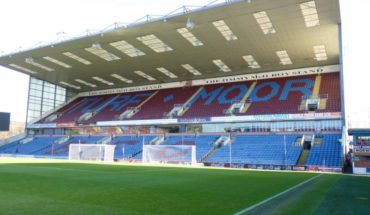