After a disappointing 1-1 draw with Millwall last weekend at the Riverside Stadium, Middlesbrough will be hosted by Bristol City at the Ashton Gate Stadium on Matchday 6 of the 2019-20 Championship campaign.

Jonathan Woodgate’s side have picked up just 5 points so far and are 17th in the league standings after 5 games. The Robins, on the other hand, have won three games on the trot and will be full of confidence when they lock horns with Boro.

Hayden Coulson will definitely sit out this weekend due to a thigh problem and is seemingly likely to return after the international break.

However, Dael Fry and George Friend are knocking on the door for selection. Fry was in the squad against Millwall and has made an upgrade after training well this week.

Darren Randolph is expected to start under the bar as usual. The custodian hasn’t had the best of starts to the season as he has accumulated just 1 clean sheet from 5 league outing and he must be desperate to add more to his name.

Fry could make a return to the starting lineup and he is likely to start in the central defence alongside Daniel Ayala. Ayala has been resilient at the back for Boro, having made 1.8 tackles and 6.2 clearances per game on an average so far.

While Ryan Shotton could be shifted to the right-back slot, Friend might not be rushed into the starting XI by Woodgate. Impliedly, Marc Bola might get the nod to start at left-back and his industry could be crucial for Boro.

Adam Clayton could operate from the deepest position in a three-man midfield unit. The 30-year-old is a tenacious midfielder who works incredibly hard on the pitch and has to be at his best against an attack-minded Bristol City side.

Lewis Wing could return to the starting XI at the expense of George Saville who struggled last weekend against the Lions. Alongside Clayton and Wing, we expect Paddy McNair to start and make a significant impact in the upcoming clash.

McNair has been one of the best performers for the Riversiders so far this season. Having mustered 5 starts in the Championship, he has inked 1.4 tackles, 1.2 interceptions on an average every game.

Marvin Johnson might be recalled to the starting lineup after making an impact by coming off the bench in the last two games. Johnson is expected to operate from the left-wing, with Ashley Fletcher likely to take the opposite flank.

Fletcher has bagged 1 goal and 2 assists from 5 league outings and will be an essential weapon for the attacking setup of the Smoggies. Upfront, Britt Assambalonga might be handed yet another start by Woodgate. 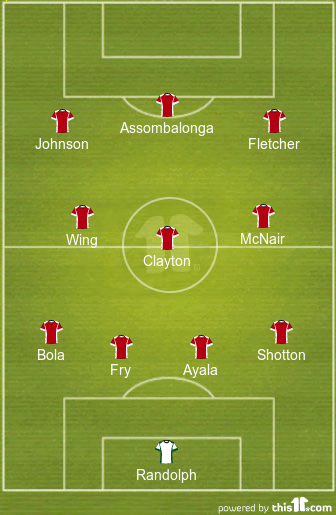 Tips and ways to save for Viagra (Sildenafil), according to the viagra Washington Post. 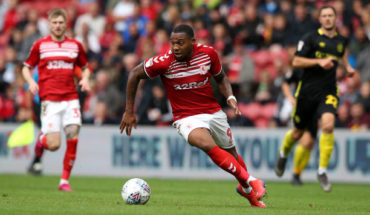