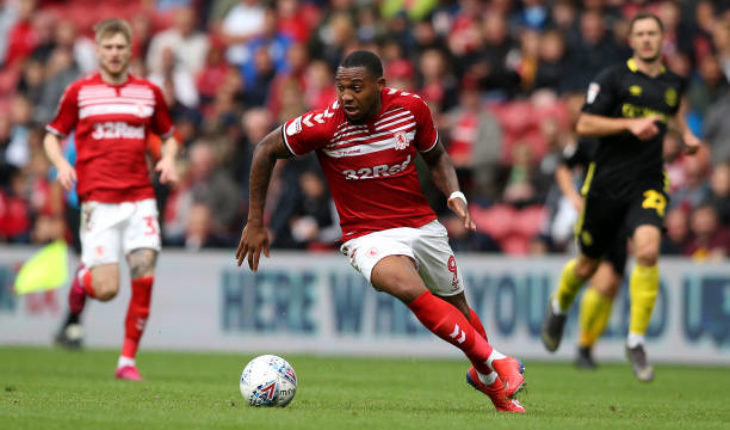 Middlesbrough will host Reading at the Riverside Stadium tomorrow in what will be the seventh fixture of the 2019-20 Championship season for both the sides.

Boro haven’t had the best of starts to their season, having collected just 6 points so far. It goes without saying that they need to up the ante soon to make a surge for promotion.

Jonathan Howson and George Friend went under the knife earlier this week and will not be available for selection this weekend.

Striker Rudy Gestede is struggling with a thigh injury and is expected to sit out for a couple of weeks. Further, Hayden Coulson is also ruled out for the upcoming fixture.

Darren Randolph has managed to bag just one clean sheet so far this season. However, he is Boro’s first-choice custodian and is expected to start between the sticks once again in the Middlesbrough lineup.

In the heart of Middlesbrough’s backline, we might see a possible change even though it seems unlikely at this point given the praise afforded by the manager after the 2-2 draw.

We could see Shotton come in for Ayala which will not be a massive surprise given the no-nonsense approach he will bring to the table which could be welcome given last match’s soft goals.

Dael Fry is likely to retain his place.

Meanwhile, Marc Bola and Anfernee Dijksteel could get the nod from Jonathan Woodgate to start as the full-backs. Both of them had put on confident displays against Bristol City in the last league game.

Lewis Wing, Paddy McNair and Adam Clayton could form a three-man midfield setup once again in the Middlesbrough lineup. Clayton is expected to sit deep and intercept the attacking endeavours of Reading.

Wing and McNair will definitely try to get into the final third and try to create chances. Both of them have been constant sources of positivity for Woodgate’s side.

Their industry will play an instrumental role in deciding the outcome of the game.

Britt Assombalonga has scored 3 goals in 6 league outings so far. He is heavily relied upon by the Riversiders and his clinical abilities upfront will be crucial as usual.

Ashley Fletcher and Marvin Johnson are expected to start on the flanks.

Both wingers were excellent against the Robins and the manager will demand more of the same from the two as the season get rolling again. 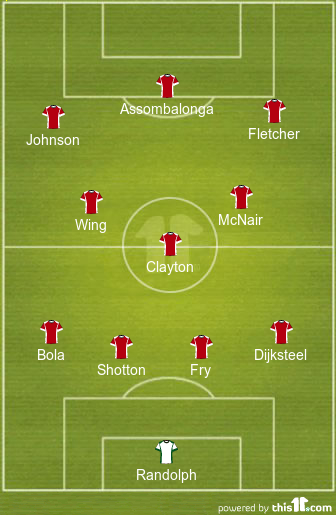