Leeds United secured a late win against Brentford on Wednesday thanks to a goal from Eddie Nketiah, who is on loan from Premier League side Arsenal.

Nketiah and Helder Costa, another player on loan from a Premier League side, were brought on in the second half at Elland Road, and they combined to give Leeds the lead in the 81st minute of the game.

Marcelo Bielsa’s side will next travel to Stoke City, which will be a tricky fixture as the Whites have lost in their last two visits to the bet365 Stadium in the league.

Leeds are top of the Championship table with 10 points, winning three and drawing one.

Let’s take a look at the predicted Leeds United lineup for the game against Stoke City:

Kiko Casilla didn’t have much to do in the game against Brentford. He will continue in goal for the Whites against Stoke City on Saturday.

Liam Cooper was a doubt ahead of the game against Brentford, but he was passed fit and played the entire 90 minutes. He will once again pair up with Ben White at the heart of the Leeds defence.

Stuart Dallas started at right-back, but was replaced in the 78th minute by Gaetano Berardi. Dallas will most likely start the game against Stoke, but we aren’t quite sure how fit Barry Douglas is to start at left-back as he missed the game and was replaced by Ezgjan Alioski.

The midfield trio of Kalvin Phillips, Adam Forshaw, and Mateusz Klich continue to be dominant and are perhaps the strongest central midfield trio in the Championship.

Against Brentford, Klich came close to scoring, while the midfielders also played a few menacing balls to the forwards.

They will continue to marshall the central midfield area against Stoke City.

Following Eddie Nketiah’s vital goal, as well as Helder Costa’s key assist, manager Marcelo Bielsa has a difficult decision to make about which attackers will face Stoke City on Saturday.

While Bielsa may persist with Bamford, who has already scored three goals this season, Costa could come in for Jack Harrison on the left side of midfield.

It’s only a matter of time before Nketiah starts in the league as he has been mighty impressive when he has played off the bench. 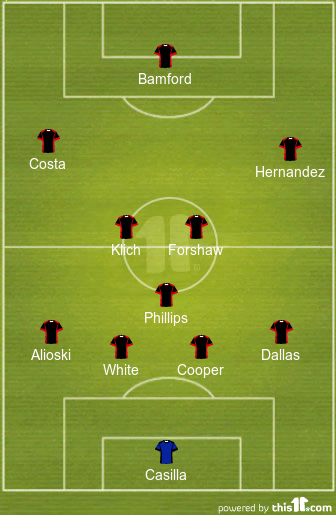 For more information how to get viagra cheap, there are instances when taking it could be dangerous or counterproductive. 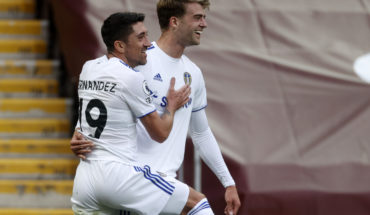 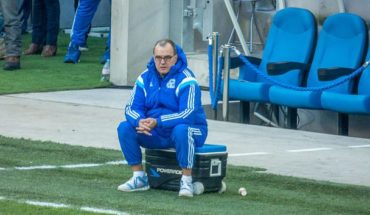