The Premier League is now three weeks old and though it is still too early to make sense of the points table, it does give us an idea of the paths certain teams are likely to take for the rest of the season. Matchweek 3 of the English top-flight produced yet another set of exciting encounters, with Manchester City, Liverpool and Chelsea all registering wins.

Arsenal, Tottenham Hotspur, Manchester United and Everton were all on the losing side while Newcastle United and Leicester City both registered their first wins of the season.

Here are 5 things we took away from the Premier League Matchweek 3.

VAR Will Have Its Critics

The biggest talking point of yet another Matchweek in England revolves around VAR. This time, Tottenham Hotspur will feel hard done by, as they were denied a penalty for an incident involving Harry Kane and Jamaal Lascelles. Lascelles lost his balance trying to keep up with Kane and looked to have fouled the striker on his way down. Mike Dean did not see enough to blow the whistle, and as a result, the decision was not overturned by VAR.

But close scrutiny shows that Lascelles impeded Kane and should have been punished. Even as VAR has made a few important calls, the ones it has missed is the cause of all the criticism and from the looks of things, the critics are not going away anytime soon.

Liverpool And Manchester City Are In A Different League

While the likes of Spurs, United, Arsenal and Chelsea are all struggling to find their best XI’s and systems that can win them games consistently, both Liverpool and Manchester City looked to have picked up from where they left off at the end of the last season.

Liverpool remain the only side to win all three games this campaign and though City dropped points against Spurs, still remain favourites to lift the title. Both teams look to be on course to crash the 90-point barrier this season as well and the gap between them and the rest of the league does not seem to have reduced over the summer.

Race For Top-4 Gets Interesting

While Jurgen Klopp and Pep Guardiola will have the league title on their minds, the rest of the top-6 in the league will be in a battle for the two Champions League places, if the 30 games so far in the league are anything to go by. Chelsea have a weak squad while Arsenal have new names all around the park. Manchester United’s squad is struggling with confidence while Spurs have now won just three of their last 12 games in all competitions.

None of them has shown enough promise for either Liverpool or Manchester City to be worried but the race for top-4 is certainly going to be interesting this season. At the moment, none of the teams is favourites to break into it and at least one of the top-4 places could potentially be decided on the last day of the league campaign.

Race For Golden Boot Is Up And Running

Premier League is easily one of the best domestic competitions in European football. Three players shared the Golden Boot last season, and race for that honour is already heating up.

Teemu Pukki and Raheem Sterling lead the list with five goals apiece but Mohamed Salah, Sergio Aguero, Pierre Emerick-Aubameyang and Harry Kane are not too far behind. Each of those players has the potential to maintain this consistency and win the Golden Boot this season and it is almost impossible to pick one of them as favourites.

Javi Gracia’s Watford and Nuno Espirito Santo’s Wolves are the only two sides without a win at the end of Matchweek 3 in the Premier League. Wolves have drawn all three of their games and will look to find some positives. But their European commitments could be a deal-breaker for the club this season. Santo has a decent squad at his disposal and he needs to find a way to balance the domestic and European competitions, to make sure Wolves are not humiliated in the Premier League after their rousing return to the top-flight last season.

Watford, on the other hand, have hardly had any positives so far this season. They have struggled to test the opposition goal, and have conceded seven goals, more than 18 teams in the competition. Gracia has his work cut out this season and if they are not able to get out of this sloppy start, they could be staring at a potential relegation battle, sooner than they can realize. Both teams need to pick up form quickly to save their 2019/20 campaigns. 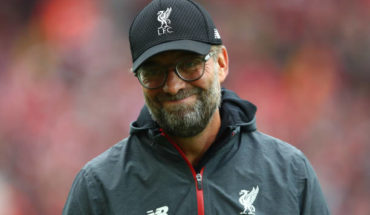