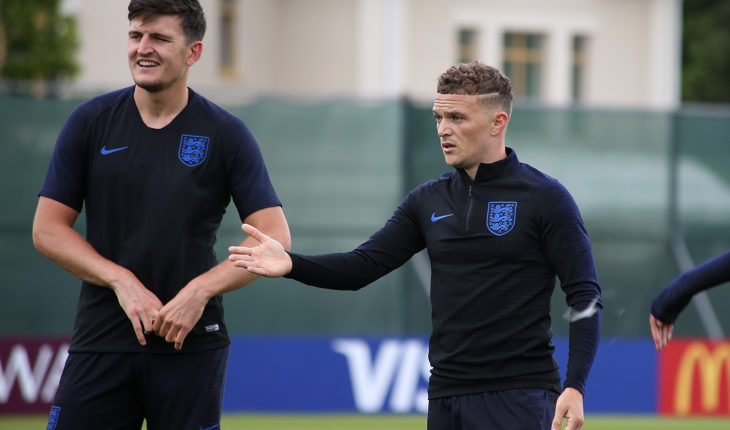 Manchester United may finally be able to land their target, English central defender Harry Maguire, who currently plays for Leicester City and has had an impressive few seasons with club and country.

The Englishman is the kind of player that the Red Devils have been desperate for over the last few years, and he could possibly strengthen Ole Gunnar Solskjaer’s team in the 2019-20 season.

Various reports have stated that Maguire will be bought for around £80 million, by Manchester United, which will make him the costliest defender in the world, eclipsing the £75 million fee that arch-rivals Liverpool paid for Virgil van Dijk.

The 26-year-old defender signed for Leicester City from Hull City for a fee of £12 million in 2017, and he has gone on to become one of the best defenders in the Premier League in the two seasons that he has played for the Foxes.

With Maguire moving to Manchester United, Solskjaer will have to get rid of a few centre-backs to balance the accounts as well as making his squad leaner as the club currently have far too many first-team centre backs.

The club’s central defenders include Chris Smalling, Phil Jones, Eric Bailly, Marcos Rojo, and Victor Lindelof – all of whom were signed to become important first-team players, but none of them inspiring confidence, apart from Lindelof, who had a good 2018-19 season.

United also have a promising, home-grown centre-back in Axel Tuanzebe, who had a fine season with Aston Villa last year in the Championship.

If Manchester United do sign Maguire, the club should sell at least two of their centre backs, which could be the English duo of Chris Smalling and Phil Jones, who have not really reached the potential that many expected them to achieve when they were signed all those years ago. Jones is 27, and Smalling is 29 which is the age at which both players should have reached their peak, but are far from doing so.

Bailly has been unfortunate with injuries and should be given another opportunity, while Rojo – despite his rash and mindless tackling – is a good defender when in form.

Rojo also offers Solskjaer another option as he can also play left-back. Lindelof has, by far, been United’s best defender over the last year or so, and should be the one to partner Maguire at the heart of the Manchester United defence in the new season.

Selling Jones and Smalling will also give the highly-rated Tuanzebe an opportunity to be in and around the first team, which will certainly aid in his development. The English pair haven’t shown any signs of improvement and both are players that should be playing for mid-table clubs rather than a club like Manchester United.