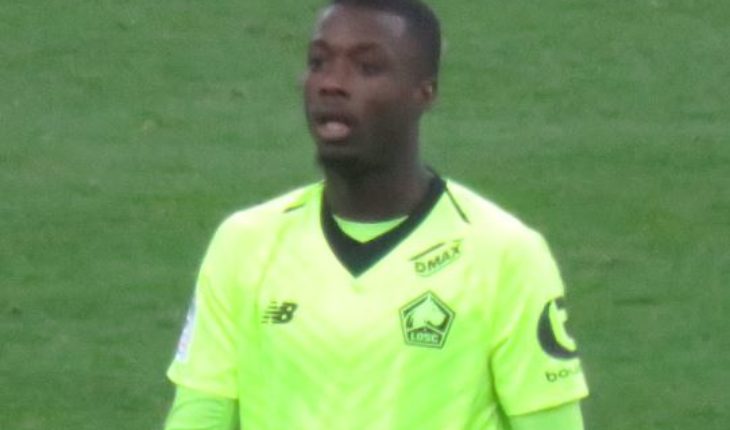 Manchester United are eyeing a move for LOSC Lille forward Nicolas Pepe who has three more years left on his contract with the Ligue 1 club.

According to a report from the Sunday Times, in the last few days, the Red Devils have taken further steps to cement their well-established interest in the Ivorian international who has suitors from all across Europe.

The French club have slapped a price-tag of £70m on the 24-year-old who also has the likes of Liverpool, Arsenal and Everton on his tail, the report adds.

Let’s look at the pros and cons of Manchester United boss Ole Gunnar Solskjaer’s mission to land Pepe at Old Trafford before the start of the new season.

The Lille man is a versatile player who primarily features as a right-winger and can switch to a centre-forward role if the manager requires him.

The 24-year-old is an excellent finisher and his numbers are a testament to his supreme goal-scoring prowess. He plundered 23 goals across all competitions managing one-third of the club’s league goals last season.

Pepe’s off the ball movement combined with his electric pace is a nightmare to defend for the other side, especially with the teams playing a high defensive line.

With great linkup play, excellent dribbling skills, close control and good footwork in 1v1 duels, he possesses the ability to glide past opposition players at will.

He managed 12 assists, 1.8 key passes and 2.6 dribbles last term which speaks volumes about his vision, decision making and ability to create goal-scoring chances over the course of 90 minutes.

The Ivorian likes to cut inside on his strong left foot from wide areas and recorded 3 shots per game last term often using the defender’s body as a decoy which speaks volumes about his smart nature of play.

The French-born who conducts his business in half-spaces also boasts supreme aerial ability, thanks to his 6ft stature. He won 1.1 aerial duels and was fouled 2.9 times per 90 minutes during the last term.

His explosive nature and ability to use his body to maximum effect helps him win numerous penalty decisions for his side as well while he is also a terrific penalty taker.

As superb as Pepe is with the ball on his strong foot, his inability to produce results anywhere close with his weaker right foot is a shame.

For someone who plies his trade on the touchline, his defensive contribution remains far from satisfactory.

He averaged 0.7 tackles, 0.3 interceptions and 0.1 clearances per game across all competitions last term.

His passing ability would also need some work on the training ground and not to mention the leap in the quality of leagues if he ends up at Old Trafford before the start of the new season, which has to be factored into the move.

Sexually Transmitted Diseases: Use of VIAGRA offers where to buy viagra cheap no protection against sexually transmitted diseases, more widely available will mean that men who had not previously sought help for impotence would be more likely to do so.