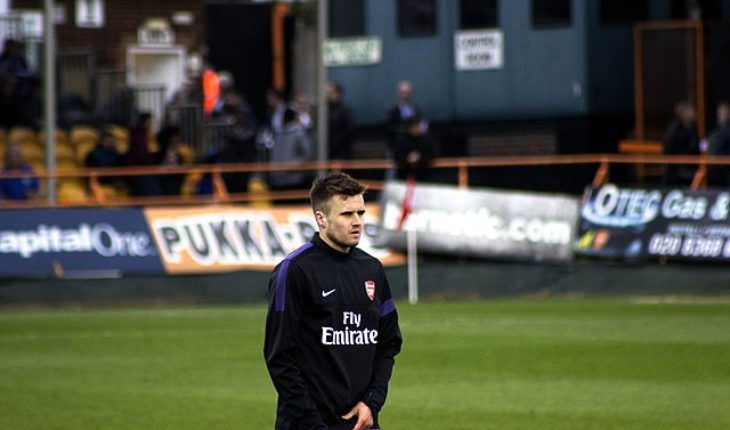 Crystal Palace are keeping close tabs on Arsenal full-back Carl Jenkinson, it has been reported.

The Eagles are in a need of a right-back following the departure of Aaron Wan-Bissaka to Manchester United, and Jenkinson has emerged as a potential replacement, according to the Sun.

Crystal Palace finished 12th in the Premier League table last season, and Wan-Bissaka played a key role for the Eagles at the back with his impressive performances in his first full season.

Roy Hodgson’s side have money to spend as they received a whopping £50 million for Wan-Bissaka, but replacing the 21-year old with Jenkinson does seem like a step back.

Jenkinson made his senior debut for Charlton after being part of their academy, and soon earned a move to Arsenal in the summer of 2011.

Jenkinson has managed 70 appearances for Arsenal so far. The full-back made his England debut under Hodgson, so the gaffer is keen on signing him.

Hector Bellerin and Ainsley Maitland-Niles are ahead of Jenkinson in the pecking order at Arsenal, so it looks likely that the 27-year old will move this summer.

Is Jenkinson the right player to go after?

Wan-Bissaka had a brilliant year at Palace, and his departure will be felt as he was pretty impressive defensively, and never shied away from providing the attacking impetus.

Jenkinson, on the other hand, isn’t the best when it comes to the forward forays, and considering he hasn’t played much in the Premier League, his arrival wouldn’t really add any quality to the team keeping in mind his recent form and performances.

Despite spending so many years at Arsenal, the 27-year-old hasn’t been able to break into the first team consistently, and managed just eight appearances for the Gunners last season.

Having failed miserably in his loan spell at West Ham, Jenkinson had to take a step down and move to the Championship to play more regularly.

Crystal Palace need to replace Wan-Bissaka with a good right-back, and should look at other options.