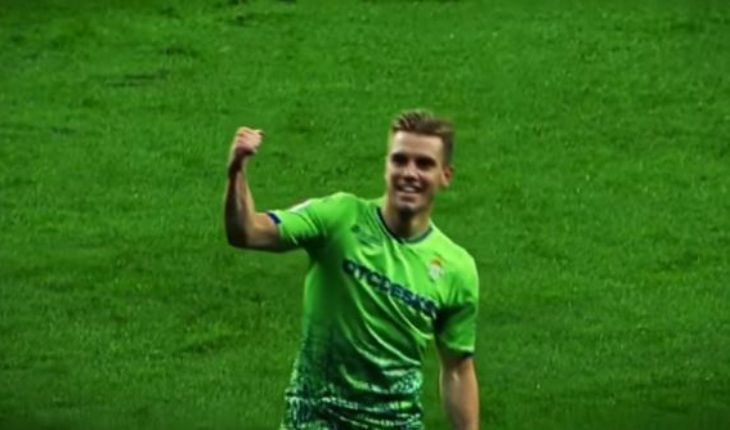 Tottenham Hotspur have stepped up their chase for Real Betis midfielder Giovani Lo Celso, it has been reported.

Spurs are on the cusp of breaking their record transfer for a second time this summer as they look set to sign the 23-year-old, as per Spanish website Estadio Deportivo, who also claim the deal is 80% done.

The north London outfit have been linked with Lo Celso all summer, and although the player has a release clause of £88 million, he could come at a slightly lower fee.

The Argentine midfielder, who moved from Paris Saint-Germain to Real Betis last season, has four more years left on his contract with the Spanish Primera Liga side.

Let’s look at the three reasons why Lo Celso would do well at Tottenham:

#3 Lo Celso is similar to Mousa Dembele, who flourished at Spurs

Lo Celso has the ability to play multiple roles in midfield, be it a more pragmatic role or a more offensive role, like former Spurs star Mousa Dembele.

The Argentine has the ability to beat defenders using his pace and dribbling skills, while his passing range, and ability to hold on to the ball add more composure to the midfield.

Lo Celso’s tackling prowess and reading of the game mean he can be used in a deeper role to shield the defence as well, though he is better off playing a box to box role.

This would give Lilywhites boss Mauricio Pochettino great options in the midfield to set up his team depending on the opposition.

The 23-year-old managed 22 goal contributions, and scored 16 times for Real Betis across all competitions last season. He managed 1.8 dribbles and 1.9 shots last season, and often went forward when the opportunity arose.

His goal-scoring prowess is impressive, seeing how he conducts his business in midfield. The Betis midfielder also boasts good work rate.

Lo Celso had a pass success rate of 82.8%, managed 1.7 tackles per 90 minutes last season, which highlight his ability to put a foot in when needed.

#1 Potential, Age, and the Pochettino factor

There is a bit of uneasiness over Christian Eriksen’s future, and seeing the void it would create in the Spurs midfield, it could be a big opportunity for Lo Celso to once again establish himself at a top club after his below average spell at PSG.

He has huge potential for someone who is only 23 years of age, and with Pochettino at the helm, the Argentine is expected to settle in smoothly at the Premier League club.

The Lilywhites boss also has a reputation for getting the best out of younger players, and his compatriot could benefit.

Lo Celso’s style also suits Spurs, so the transition time could be minimal should he move to the Tottenham Hotspur stadium.