The Premier League ended in dramatic style as Manchester City won yet another league title, after defeating Brighton 4-1, winning the league by a point ahead of Liverpool.

The season, as a whole, saw some great football, several shocking performances, as well as fantastic individual brilliance.

Let’s take a look at 3 important talking points from the last gameweek of the 2018-19 Premier League season.

Tottenham qualified for the Champions League once again, while also reaching the final of Europe’s elite competition this season, but they squandered third place in the final game of the season.

Against Everton at home, Spurs could only salvage a 2-2 draw after going behind in the span of 4 minutes.

Spurs could only register 11 points in their last 10 games, while Chelsea, who finished third by a point, registered 16 points from their final ten games in the league.

Balancing the Champions League and the Premier League has proved to be a difficult task for Mauricio Pochettino’s injury-ravaged Spurs side.

“Yes, there are weaknesses. I’m the tallest guy, so at set-pieces I must go to the church and pray. It’s a trouble,” said Manchester City manager Pep Guardiola after their final day win against Brighton, which crowned them as Premier League champions.

City were pegged back in the first half against Brighton through a Glenn Murray header, which highlighted that aerial defending is their Achilles heel.

In the league, City have won the second least aerial duels this season (547) as per Squawka. This will be one area where more teams could target City next season, while Guardiola has to remedy this in the transfer window.

New challengers for next year’s top 7

The real surprise this season has been how close the battle for the last few top 10 places has been. Wolves have been the surprise package of the season, finishing seventh and just nine points behind sixth-placed Manchester United.

Everton, who have been in and around the European spots over the last few years, finished in 8th, while Leicester City and West Ham United, managed by highly-rated managers in Brendan Rodgers and Manuel Pellegrini, respectively, finished the season in the top 10.

These four sides could pose a serious threat to Manchester United and Arsenal for a top six place next season as the two former Premier League champions have fallen far behind the top, while the teams below them are sure to invest heavily in the summer as well. 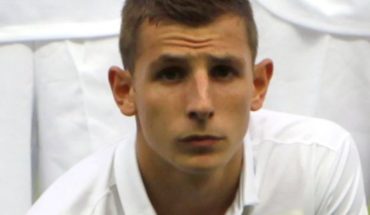