Arsenal have made a late approach to lure Fiorentina midfielder Jordan Veretout to the Emirates Stadium this summer.

The Metro has reported that the Gunners have knocked on the door of the Serie A side to acquire Veretout’s signature, although Napoli are believed to be the frontrunners in the race to make him sign on the dotted line.

Veretout was expected to join Napoli in the ongoing transfer window but the sudden emergence of Unai Emery’s side has possibly delayed the move. Besides, AS Roma and Sevilla have also reportedly shown their interest in him.

The midfielder is under contract until 2021 and given the attention he has garnered, he is unlikely to come too cheap.

Veretout emerged through the youth ranks of French outfit Nantes and after getting into their senior side, caught the attention of a number of clubs in Europe. In the summer of 2015, he switched to the ranks of Aston Villa but couldn’t really make a notable impact there.

At the start of the subsequent season, he was loaned out to Saint-Etienne and in the summer of 2017, he was prised away by Fiorentina. He is one of the most prized assets for the Purples and has been a reliable player for them.

Last season, he mustered 33 Serie A appearances to his name in which he managed to garner 5 goals and 3 assists. He operated as a central midfielder, although it is to be noted that he is versatile enough to ply his trade from the deeper areas in the midfield as well.

Why he is a player Emery needs to sign?

Arsenal do need a midfielder after Aaron Ramsey’s departure to Juventus and Veretout is worth the gamble. He is a clinical passer of the ball and is capable of making a quick transition of play from defence to attack. Besides, he has an inclination to dictate the tempo of the game from the middle of the park.

By no means is he a selfish player and considering that Matteo Guendouzi, Lucas Torreira and Granit Xhaka love to press their opponents, Veretout will get ample scope to express himself in a role which is unlikely to be shackled in the presence of the aforementioned defensive minded players.

Having flopped at Aston Villa previously, Veretout will be keen to prove himself in the Premier League and he has the potential to do just that having gathered invaluable experience since the underwhelming spell. The 26-year-old is an established player and his tenacity and work rate should benefit the north London outfit substantially if they manage to rope him in. 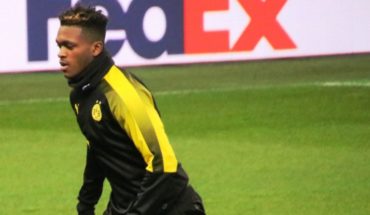