Manchester City became the first side in the past decade to retain the Premier League title, thanks to a genius of the game ‘Pep Guardiola’ but it wasn’t his genius alone which took the City ship to its destination. It was his players’ mentality and a ‘never say die’ attitude which saw them finish one point ahead of a resolute Liverpool side in a much-enthralling title race and boy! they did it in some style.

City won their last 14 matches in succession to defend the Premier League title. In order to achieve this humongous feat, they broke the record of 13 wins on the trot which was held by none other than the same Manchester City side who achieved it last season on their way to 100 points.

Following up a 100 point season with another 98 one is no easy task but this bunch of players managed to do exactly that. The last team to achieve back to back Premier League titles was Sir Alex Ferguson’s Manchester United back in 2008.

In a side full of superstars, it’s hard to pick out three players especially when it was a collective effort from the Blue team from Manchester. Nonetheless, let’s take a look at the three players who impressed us the most.

Aguero has been a revelation under City’s Catalan manager Pep Guardiola who has helped the Argentine elevate his game to the next level. The 30-year-old achieved the feat of scoring 20 goals in a season for the sixth time in his eight seasons in the English top-flight. The City veteran was under the threat of losing his place when Guardiola first arrived at the club back in 2016 but the way he has earned back his manager’s trust is quite an achievement.

His hat-tricks against Arsenal and Chelsea at home and his crucial goals against lower half sides like Burnley and the equaliser against Brighton & Hove Albion on the final day of the season are some of the jewels in his crown this season.

Sterling is another player in this City side who has achieved many a great thing in the last couple of seasons both on and off the pitch. On the pitch, the 24-year-old has cemented his role in this highly competitive City attack stacking goals and assists on a regular basis.

The English International also won the PFA Young player of the year award for his involvement in the 29 goals this season. His 17 goals and 12 assists in 34 appearances for the club played a pivotal role in Guardiola and co. lifting the Premier League title the second year running. Off the pitch, Sterling has become an ambassador in the fight against racism which has resonated across boundaries.

Saving the best for the last. The little Portuguese is one of the most versatile players in the world and his technicality on the pitch is unparalleled to any player in the Premier League. Despite being so versatile and technical, the 24-year-old has an amazing work ethic which was seen vividly in the ‘title-decider’ against Liverpool where he ran his socks off covering 13.7 km grass on the Etihad pitch.

The Portuguese International has lifted three titles in a row playing for Monaco and Manchester City. Saying Guardiola did himself a favour by bringing the versatile forward to Etihad back in 2017 won’t be an understatement. Bernardo is loved by the fans and his teammates and has already garnered huge praise from his manager who called him the best player in the league this season and we certainly can’t argue. 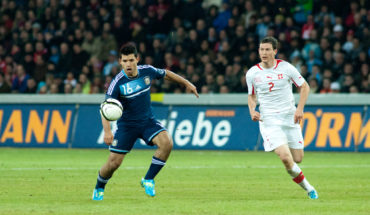 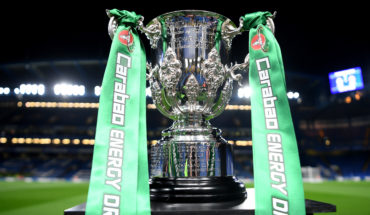