Manchester City are eyeing a transfer for Juventus fullback Joao Cancelo who made the move from Valencia to Turin for a fee of £35m last summer.

According to a report from The Daily Mirror, Juventus are open to selling Cancelo this summer and have slapped a £53m price tag on the 25-year-old. Both Manchester clubs are likely to enter into a bidding war for the Portuguese full-back. However, Cancelo might well end up staying at Allianz Stadium next season if the new boss at the club decides against letting him go.

The 25-year-old enjoyed a stellar start to his season with the Old Lady but his form took a tumble in the second half of the campaign. As a result, he fell out of favour under manager Massimiliano Allegri and saw himself confined to the role of a substitute more often than not.

Joao Cancelo under Pep Guardiola: A hit or miss kind of move

Cancelo is a versatile player who features mainly as a right-back but has the ability to play as a right midfielder or right winger if the need arises. The Portuguese’s flexibility is a good sign if he works under Guardiola in the future who has a history of broadening a player’s horizon as an operator, the most recent example being Oleksandr Zinchenko.

The Ukrainian international started off as a winger but his role has changed drastically under Pep. The 22-year-old is the new face in the City backline featuring more as a left fullback and has excelled so far playing a vital role in the Sky Blues’ history-making domestic treble season.

Cancelo is a typical modern-day fullback, someone who is great offensively but has his issues when it comes to the defensive side of the game. The 25-year-old is excellent going forward and can open up any defence with his pace, dribbling skills and crossing ability to carve a goal scoring chance out of nothing.

The Portuguese international possesses a sharp awareness going forward as demonstrated by his passing and link-up play which is far from the scenario we get to see with Cancelo in the defensive half of the pitch. The fullback’s defensive positioning is suspect while he lacks awareness and relies heavily upon his centre-backs, something that City need to be wary of before signing the 25-year-old.

Cancelo is still at that age where one can modify his game to an extent but the worrying aspect is that his defensive frailties have been constant over the course of his career from Inter Milan to Valencia and now at Juventus.

With a hefty price tag of £53m attached to him, the Citizens might need to take a step or two back to assess the viability of the Portuguese’s possible transfer to the Etihad.

Although, most of this discussion will amount to nothing if Danilo, who has been linked with an exit, decides to stay back in Manchester. He has been decent when called upon and if he is ready to play a similar role next season, Pep is unlikely to go fishing for yet another right-back. 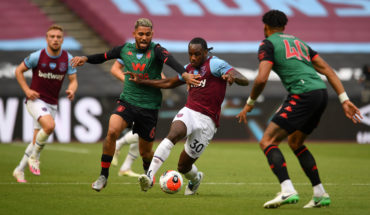