Arsenal goalkeeper Petr Cech is set to call time on his illustrious career, ironically against the team where he won numerous trophies and made a name for himself, Chelsea, in the Europa League final. Cech is rumoured to be on his way to return to Chelsea in a sporting director role, and the Gunners are now in the hunt for a backup keeper to replace the Czech goalkeeper and be a deputy for No. 1 keeper, Bernd Leno.

Recent reports have stated that Arsenal may be lining up a move for Markus Schubert, a 20-year-old goalkeeper who plays for German second division side Dynamo Dresden. In the 32 games that Schubert played for the German side, he kept 9 clean sheets. The young German keeper has played for the German U-21 side after impressing as the first team keeper of Dresden.

Arsenal will not have to pay any fee to sign Schubert in this transfer window as his contract is set to expire at the end of the season and he has told his club that he will not be signing a new one.

At Arsenal this season, Leno has been the #1 keeper for Unai Emery’s side in the league, while Petr Cech has replaced him for cup competitions, and will most likely do so once again in the Europa League final.

Will Schubert be a good backup option?

It would be quite a gamble to make Schubert, a 20-year-old who has no experience in top-flight football as well as English football, to be the backup of Arsenal No. 1, Bernd Leno. Schubert is a talented, young keeper who is rated highly in Germany, but it seems like too big a step up from second division German football to the glitz and glamour of the Premier League.

While Arsenal can gamble on him as they will not have to pay a transfer fee, he should perhaps be signed as a third or fourth goalkeeper for the Gunners and loaned out to get some valuable experience in the Championship.

Arsenal have two other goalkeepers out on loan – experienced shot-stopper David Ospina, who was out on loan at Napoli last season, as well as 26-year-old Emiliano Martinez, who is itching to get a chance to play for Arsenal, but recently revealed that he will not stay at the club if he doesn’t get opportunities to play. One of these two players could be back up to Leno, while Schubert could be the third keeper. 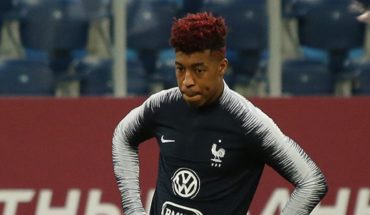