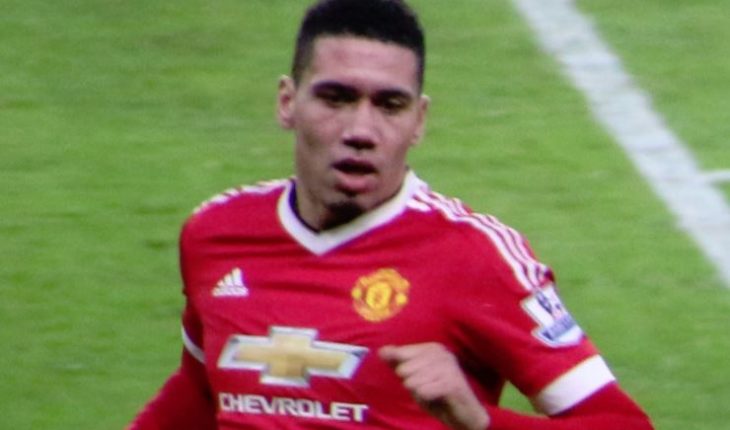 Manchester United will look to continue their push for a Champions League spot when they face Everton at Goodison Park in a few hours.

The away side are currently sixth in the league table but a win against Everton could potentially take them to the fourth position and put pressure on Arsenal who will face Crystal Palace later in the day.

Ander Herrera and Eric Bailly have both returned to training but are believed to be unavailable for today’s clash. Luke Shaw, meanwhile, is suspended for the trip to Merseyside.

On the positive side of things, Alexis Sanchez and Nemanja Matic are both in contention to start along with Ashley Young, who returns from his one-match suspension.

With Shaw suspended, Young could once again be deployed in the left back position, which, in turn, will pave the way for the young Diogo Dalot to play in his preferred right-back role.

The Portuguese youngster started on the bench against Barcelona but could return to the starting lineup, with Victor Lindelof likely to be shifted into a central defensive role. That means Phil Jones may have to settle for a place on the bench, with Chris Smalling set to partner Lindelof at the heart of Manchester United’s four-man backline.

David de Gea, on the other hand, will retain his place in between the sticks for the Red Devils. The Spaniard will be hoping for a much better display, after conceding three goals in midweek.

United boss Ole-Gunnar Solskjaer has preferred the 4-3-1-2 formation, of late, which could see Nemanja Matic starting in the holding midfield role. The Serbian could replace Scott McTominay, who started against Barcelona in midweek and who will most likely be used in the Manchester derby.

Matic will be partnered by Paul Pogba and Fred, who will once again get a run in, due to the expected absence of Herrera this weekend. However, the Brazilian certainly needs to improve his performance against Everton’s well-oiled midfield setup.

As for Pogba, fans will definitely demand a quick response from the Frenchman, especially after a disappointing display in midweek.

Romelu Lukaku should return to the starting lineup, after starting on the bench in the last game. The Belgian international will offer the physical presence up front and his hold-up play will be crucial for the away side.

Lukaku will be partnered by Marcus Rashford and Juan Mata, who will start just in behind the two central strikers in the attacking midfield role. 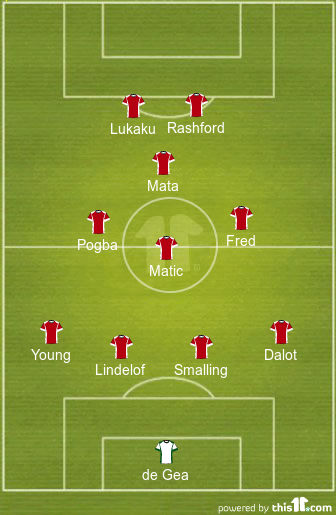