Manchester United have stepped up their pursuit to sign Crystal Palace defender Aaron Wan-Bissaka, it has been claimed.

The Red Devils are looking for a long-term replacement for the departing Antonio Valencia in the summer and Wan-Bissaka has been identified as the ideal target.

According to The Sun, the left-back could cost around £40 million, with Arsenal, Manchester City, Bayern Munich and Borussia Dortmund also interested.

Manchester United’s resurgence under Ole Gunnar Solskjaer has led many fans to believe that they can really push for the title next season.

But, the Red Devils still have a few areas that need to be addressed, especially the full-back department. While Luke Shaw has impressed after returning from injury, Manchester United duly lack the presence of a reliable option in the right-back position.

As a result, they have had to rely on the services of two veteran midfielder turned defenders in Antonio Valencia and Ashley Young, the latter of which has been a first-team regular under Solskjaer.

That being said, Young, at the age of 33, is unlikely to play at the top of his game for long and with United set to push for the title next season, an upgrade is almost a necessity in the upcoming summer transfer window. And that’s where Wan-Bissaka comes into the fray.

The 21-year-old has been one of the rising stars in the Premier League this season, having accumulated excellent statistics not just in defence but also in the attacking department.

In fact, Wan-Bissaka leads the league in tackles won (109) while his 93% success rate in tackles is also the highest in the league. He has been dribbled past only seven times this season, which is indicative of his solidity but the fact that he has averaged 3.3 clearances per game also reflects his defensive commitment.

This could be highly beneficial for United, who have lacked resilience on the right flank. But, Wan-Bissaka is also capable of surging forward and provide additional support to the attackers. He has completed 43 dribbles this season, which is more than any other full-back in the league.

Therefore, the addition of Wan-Bissaka certainly makes sense for Manchester United as he can not only fortify the backline but can also offer more balance into the team as Shaw’s attacking tendencies will tune in with the club’s left-sided overload.

However, United will certainly need to be swift and a tad lucky in order to attain the services of this highly rated defender, who is sure to become a hot prospect in the market in the summer. 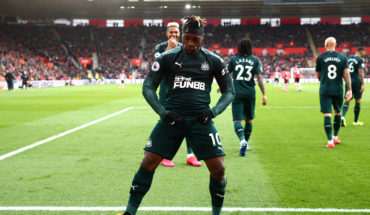