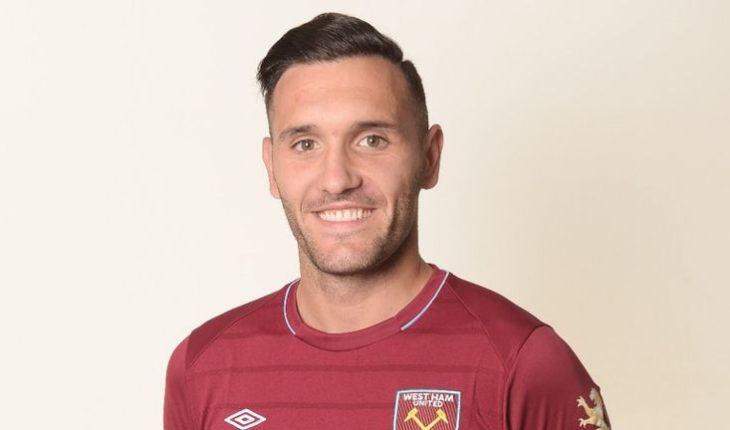 West Ham United are due to host Arsenal at the London Stadium tomorrow in their next Premier League fixture.

Manuel Pellegrini’s side have collected 28 points from 21 league games so far this campaign and are placed tenth in the standings.

The Hammers are coming on the back of a 2-0 win over Birmingham City in the 3rd round of the FA Cup and in their own backyard, they will be optimistic of a positive result against the Gunners.

Pellegrini has a long list of absentees as he will be without the services of Jack Wilshere, Andriy Yarmolenko, Winston Reid, Manuel Lanzini, Fabian Balbuena, Carlos Sanchez and Ryan Fredericks with all nursing injuries.

Meanwhile, Javier Hernandez has a slim chance of recovering from his back injury for the London derby. Although Marko Arnautovic is linked with a move to an undisclosed Chinese club, he is expected to feature this weekend.

Lukasz Fabianski is likely to start between the sticks as usual and he is expected to have a busy game against his former club.

We are likely to see a central defensive pairing of Angelo Ogbonna and Issa Diop and the duo needs to have a good game on Saturday.

Aaron Cresswell and Pablo Zabaleta might start as the full-backs once again. Both of them look to get forward at every given opportunity but tomorrow they have to be wary of the likes of Aubameyang and Iwobi running in behind them.  Zabaleta has lived up to his billing. His quality has shown through and 2.2 tackles, 3.9 clearances and 1.9 interceptions per game on an average after 15 league starts vindicates West Ham’s decision to place their trust on him.

The Irons are expected to start with Declan Rice and Mark Noble in the central midfield, with the latter likely to get the nod ahead of Pedro Obiang.

Arsenal will aim to dominate possession in the middle of the park and West Ham United’s central midfielders must ensure that they stop their opposition from bossing the game.

Robert Snodgrass has been productive for West Ham United and he is expected to make his presence felt down the right flank, while Felipe Anderson should keep his place on the other side.

Arnautovic has smashed 7 goals and registered 2 assists in 15 league appearances and his performance against Unai Emery’s men will be crucial in dictating the outcome of the game.

Alongside Arnautovic, Pellegrini might hand a start to Lucas Perez. The former Arsenal man will be desperate to perform against his old club. And added to it the uncertainty regarding Arnautovic’s future, there is an opportunity for the Spaniard to stake his claim as a regular starter. 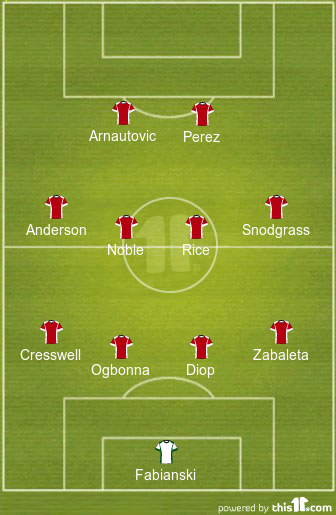