Heartbeats fluctuated incessantly in the final few minutes at the Etihad but the eventual result was almost coming since the last forty minutes. Manchester United have been criticized for not taking games by the scruff of the neck and oh they sure did that in the final forty-five minutes to script a memorable comeback at City’s home ground. Let us see how each United player fared in the game.

De Gea again showed his paramount level of concentration as he thwarted Aguero in the 89th minute with a fantastic reflex save that has become synonymous with his displays. He showed some good composure to maintain the lead when City won four successive corners in the final stages of the game.

Valencia had a tough task marking Leroy Sane but raised his performance level in the second half and raced ahead with the ball to take the game to the opposition numerous times.

Bailly looked a bit rusty and misplaced some important passes in the first half. However, he eventually pushed ahead in the second half like his other teammates and made some timely blocks.

Smalling was entirely guilty of letting Vincent Kompany outmuscle him to win the aerial battle that gave City the lead. However, he pretty much made up for it with a sumptuous winner and some sturdy defending in the dying embers of the game.

Young put his heart and soul into the game as the Englishman was up for a battle every single time. He made an excellent tackle on Aguero late in the game to deny the Argentine from having a clear shot in the penalty box.

The Basque was initially tasked to mark David Silva but he had to leave that to focus on the attacking aspect when United went down by two goals. Herrera showed great awareness to simply chest the ball for Pogba to shoot for the first goal. He even won plenty of fouls and frustrated City when they were desperate to find the equalizer.

Matic controlled the game exceptionally well from the centre of the park as his calmness on the ball was necessary for United to start attacks with cohesion.

Pogba literally turned it on at the Etihad as the Frenchman took the pitch with a certain swagger in the second half and clearly shrugged off every single gossip and pessimism that surrounded him before the game to score a brace and nullify City’s lead in the space of 2 minutes. He led the charge with vigour and there was certain compassion between him and his teammates, notably Sanchez that was heartening to watch.

Lingard joined the dots in the midfield but showed some good one-touch passing in the second half and was industrious throughout the game.

Sanchez went through his best forty minutes in a United shirt as he was immense in the build-up of all three goals and grabbed two crucial assists with some enticing balls into the box that made it possible for Pogba and Smalling to put the ball in the net!

Lukaku disappointed at times with his touch as it led to the premature end of some good attacking moves. But had a better second half.

His time on the pitch was disrupted due to constant fouls and hence his role was restrained to tracking back when required in the final stages of the game.

Was brought on to add aerial prowess and to hand United an advantage during the corners.

The Swede came on to provide extra defensive cover in the last two minutes.

The fashion designer said in a new interview with The Times that Viagra cheap viagra for sale has happened to women in the last 15 years. 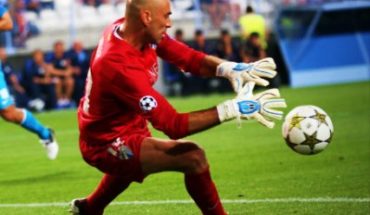