After securing a narrow 1-0 win in the first leg, Tottenham Hotspur will have a lead to protect when they travel to Stamford Bridge to face Chelsea in the second leg of the EFL Cup semi-final.

The Lilywhites picked up a last-gasp win over Fulham in their last game and will look to use that momentum this week.

Harry Kane has been ruled out until March due to an ankle ligament injury, and Dele Alli, who sustained an injury in the win over Fulham, will miss out as well. Moussa Sissoko and Victor Wanyama are also out while Heung-Min Son is on international duty.

Mauricio Pochettino could once again deploy a the wing-back system as Tottenham look to hold on to their slender one-goal advantage.

Kieran Trippier could retain his place in the right wing-back position with Ben Davies replacing Danny Rose on the opposite flank. However, both of these players will need to be on their toes as Chelsea have good players on the wide areas.

The defensive trio of Jan Vertonghen, Toby Alderweireld and Davinson Sanchez could also retain their position at the heart of the Spurs backline, and Juan Foyth will provide Pochettino with an additional option.

Hugo Lloris will likely make way for second choice keeper Paulo Gazzaniga, who has conceded only five goals in the eight matches played this season.

Eric Dier returned from a long injury layoff when he appeared as a substitute against Fulham last weekend. And we expect the England international to make the starting eleven on Thursday.

Dier should start alongside by Harry Winks in midfield. Winks’ late goal against Fulham helped his side earn all three points against the Cottagers.

Fernando Llorente will keep his place in the starting lineup, largely due to Pochettino’s lack of options in the attacking department.

Christian Eriksen, on the other hand, will be deployed further forward, in the absence of Dele Alli. Therefore, we can expect the Dane to operate as the lone attacking midfielder.

Lucas Moura is a doubt for this clash but Pochettino will hope to have the Brazilian back in contention. But, it is likely that he’ll be on the bench even if he returns to full fitness, thus paving the way for Kevin-Georges Nkoudou to start alongside Eriksen. 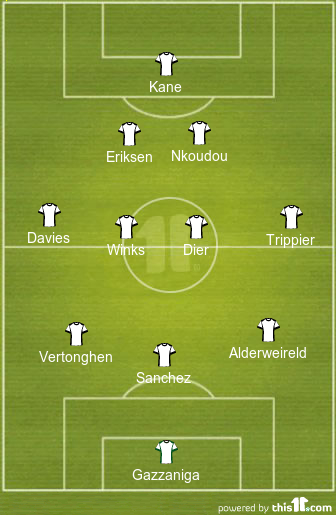 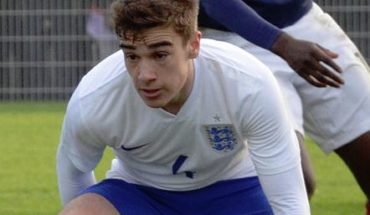