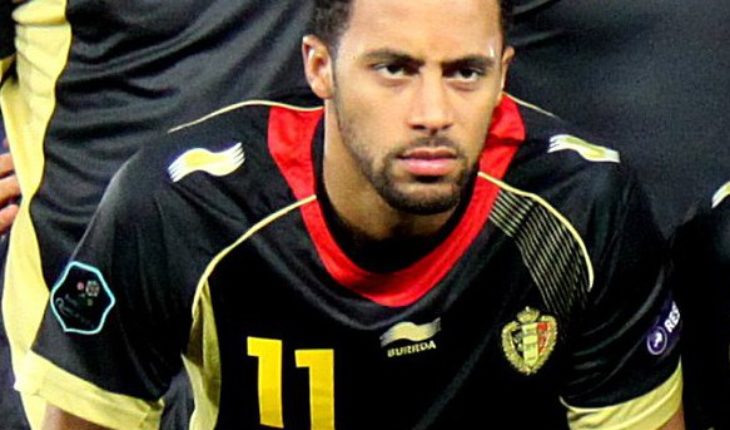 Following a disappointing draw with PSV Eindhoven on Wednesday, Tottenham Hotspur will seek to rekindle their winning form when they host Manchester City on Monday. The Lilywhites haven’t been convincing in their last recent outings, securing two narrow wins despite what has been their best start to a Premier League campaign.

Manchester City, on the other hand, have responded well following a 0-0 draw with Liverpool earlier this month. Indeed, the Citizens have scored eight goals in their last two matches in all competitions, including a huge 5-0 win over Burnley in their last Premier League outing.

Danny Rose has been ruled out of this game with his groin injury while key defender Jan Vertonghen will return in December. Dele Alli is doubtful and is unlikely to be risked.

Serge Aurier is expected to replace Kieran Trippier as the right-back while Ben Davies will once again retain his place on the opposite flank with Spurs missing out on the services of Rose.

Davies didn’t have a great time dealing with Lozano in the last game and will be dealt with a bigger challenge of facing the likes of Benjamin Mendy and Raheem Sterling on Monday.

Davinson Sanchez will line up alongside Toby Alderweireld in central defence. Sanchez looked promising at times against PSV, winning six aerial duels as well as making three clearances and one interception. He even had a goal disallowed while his defensive partner Alderweireld struggled.

Hugo Lloris will keep his place in between the sticks despite picking up a red card in the Champions League this midweek. His form has been patchy and against City, he can ill-afford to make mistakes with his distribution and decision making.

Eric Dier will team up with Mousa Dembele in the midfield pivot. Dier was one of the few bright sparks in an otherwise disappointing performance from Spurs in midweek. He will be tasked with the responsibility of breaking up the play while Dembele will seek to utilise his ball-carrying ability as well as his aggression to help out his side in both offence and defence.

Christian Eriksen will be deployed as the number 10, having produced a good display in the midweek draw with PSV Eindhoven.

Harry Kane is an assured starter as Tottenham’s main centre-forward but we could see a change in attack with Heung-Min Son being replaced by Erik Lamela on the left-flank while Lucas Moura is likely to occupy the right flank. 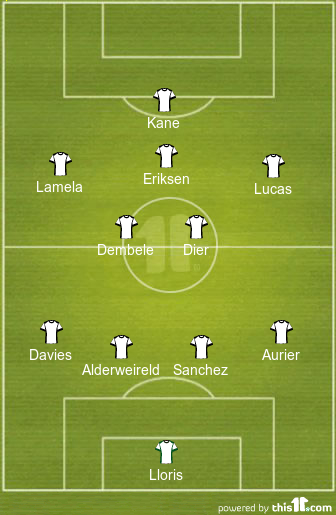