Middlesbrough defeated Preston North End in the mid-week Carabao Cup fixture to progress to the fourth round of the competition. The Riversiders will turn their attention to the Championship once again this weekend as they are due to face Hull City at the KCOM Stadium.

Under the tutelage of Tony Pulis, Middlesbrough have made an impressive start to their season in the English second division. They are placed at the 2nd spot in the league standings, having collected 18 points, but Hull City are no pushovers and a tough fixture lies ahead for them.

Pulis has all his key players available to be used against the Tigers.

Darren Randolph has been one of the unsung heroes for Pulis’ side this season. The custodian has collected 7 clean sheets in 9 Championship outings so far, has been brilliant with the gloves and he is expected to be stationed between the sticks once again.

Aden Flint and Daniel Ayala have looked resilient at the back and are expected to work to work together in the central defence yet again. Their services were not called for against the Lilywhites and therefore, they will be fresh to make their presence felt this weekend.

Meanwhile, Ryan Shotton should keep his place at the right-back slot. The 29-year-old has mustered 2.1 tackles, 3.2 clearances and 1.7 interceptions per game on an average so far. From the other side, we expect Pulis to persist with George Friend owing to the industry he puts on display.

George Saville has been in an excellent form after arriving at the Riverside Stadium in the summer and he has to work extremely hard to turn the tides in favour of his employers against Hull City. Alongside him, Adam Clayton and Jonny Howson are expected to be rolled out.

Clayton will have a defence-oriented approach and he will be more inclined towards cushioning the back line. He has averaged 2.8 tackles and 1.9 interceptions so far and considering that he has the calibre to dictate the tempo of the game, his performance will have an impact.

Britt Assombalonga should lead the line once again. He has certainly impressed and needs to carry on his momentum. Martin Braithwaite and Stewart Downing should be the ones aiding him from the flanks. Braithwaite has already scored 3 goals in 8 league games will be a useful asset for Pulis this season. 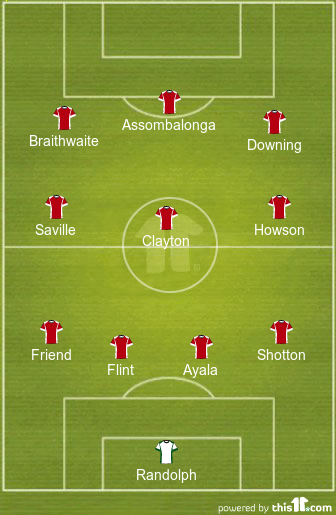 November 21 where to buy viagra cheap, so the penis becomes firm.