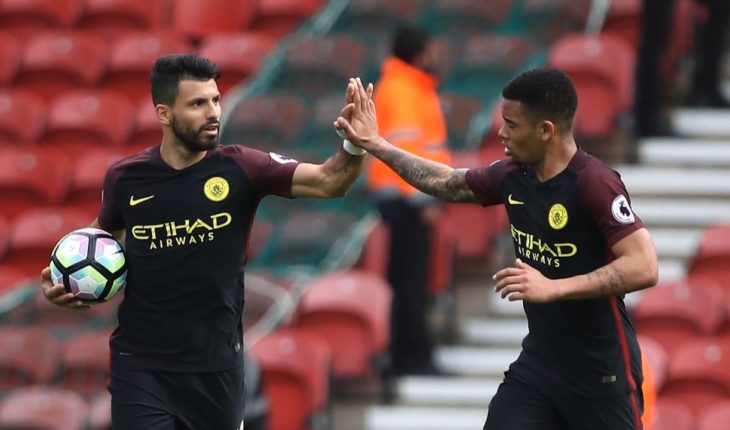 Manchester City’s title defence has got off to a perfect start. After a commendable 2-0 win over Arsenal at the Emirates Stadium in their opening fixture in the Premier League, Pep Guardiola’s side demolished Huddersfield Town with a 6-1 win at the Etihad Stadium on Sunday.

Gabriel Jesus started on the bench against the Gunners and the Brazilian was expected to replace Sergio Aguero up top against the Terriers as Guardiola loves to shuffle his unit. However, the former Bayern Munich manager started with both of them and it really did surprise the football fraternity.

The duo was impeccable together as they bagged four goals between them, with Aguero scoring a hat-trick. They engineered eye-catchy offensive endeavours with immense shrewdness and Jesus was delighted with the manner he plied his trade alongside his fellow South American.

On being asked about his partnership with Aguero after the match against David Wagner’s men, Jesus said: “Pep opted for Sergio and myself, just like he has done last season and I think there was only one match where we didn’t so well – but usually when we both play together we do a great job. We can indeed play together! Sergio and I have the spirit of scoring goals and always try to finish well.”