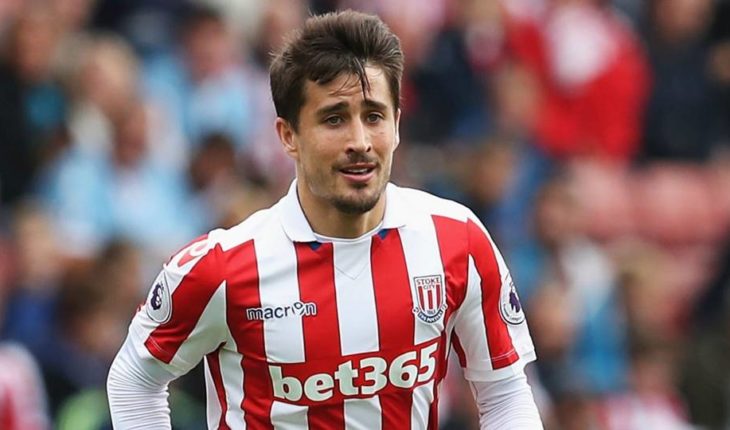 Stoke City, one of the prime promotion contenders, are in complete shambles since being relegated to Championship last season. The team hit the new low when they suffered a disastrous 3-0 home defeat to Wigan Athletic on Wednesday night.

Garry Rowett, the Potters boss, is under a lot of pressure already and will have a massive test on Saturday afternoon when Stoke host Hull.

The Tigers, under Nigel Adkins, secured a hard-fought victory on the road against Rotherham United.

Stoke are set to miss a string of first-team regulars through injuries and suspension. Defender Bruno Martins Indi has been ruled out with an Achilles tendon injury while Ibrahim Afellay and Sam Clucas continue to be sidelined due to knee strains.

Ashley Williams was sent off against the Latics and will serve his suspension.

Jack Butland’s form is a bit worrying and he needs to be more assertive in goal. Thomas Edwards, the teenager who progressed through Stoke’s academy ranks, is being preferred over Moritz Bauer in the right-back role but the absence of both Martins Indi and Williams has now handed Rowett a selection dilemma.

Ryan Shawcross could be paired alongside Cuco Martina, the Everton loanee, who has previously been deployed in various defensive roles and should be tried out centrally with resources stretched at the moment. Erik Pieters is expected to start in the left-back role.

Rowett has tried out various formations but the team simply hasn’t clicked yet. Welshman Joe Allen is one of their big-name stars who agreed to play his part in Stoke’s promotion chase but has not yet justified his reputation in the middle of the park. Darren Fletcher is past his prime and should be replaced by new recruit Oghenekaro Etebo – young Nigeria international.

Bojan Krkic, the once highly-rated prodigy of La Masia, must be handed a start in his preferred number 10 role where he has been more effective. Tom Ince, the summer signing from Huddersfield Town, is likely to start on the right flank and play as the inverted winger while James McClean, the ex-West Brom attacker, will start on the opposite wing.

Benik Afobe has scored twice in four league encounters and should start as the number 9. Saido Berahino’s nightmare goal-drought continues but the Potters will have veteran Peter Crouch and Mame Biram Diouf as alternatives. 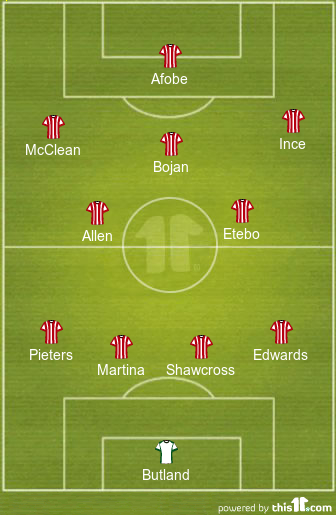 Wow, this piece of writing is fastidious, my sister is analyzing these things, thus I am going to inform her more.