#2 Uncertainty at other clubs

Before last season began, Chelsea, Manchester United and Manchester City were tipped to challenge for the title. City ran away with it, so naturally, the other two were expected to strengthen in the on-going transfer window. That hasn’t really happened, however.

Maurizio’s Sarri’s arrival will excite the Chelsea fans, but with that comes the question as to how fast the team can adapt. Sarri’s Napoli side were a well-drilled unit and were essentially the Liverpool of the Serie A with the way they pressed and harried the opposition. At Chelsea, however, he doesn’t really have the similar players.

Jose Mourinho, on the other hand, has been moaning more than ever during pre-season. United could surprise a few, of course, because of how pragmatic Mourinho usually is, but if you compare Liverpool and United, the former seem like a more balanced outfit now. The difference was six points between Liverpool and United last season, that gap likely to be cancelled out this season.

That leaves us with Manchester City. Liverpool showed last season that they can compete with the best and beat them, the only issue is the consistency while facing the smaller teams. If they can do that, the title will be within their reach.

Jürgen Klopp wasn’t an instant success in the Bundesliga with Borussia Dortmund. During his first full season with the club, his side went unbeaten at home but they could only manage a sixth-place finish in the league.

The club achieved good progress as they finished in the Champions League spots during Klopp’s second season in charge and the following year, the lifted the Bundesliga with two games to spare.

One can find similarities with that Dortmund team and the current Liverpool side. This will be Klopp’s third full season in charge and the side are looking good. 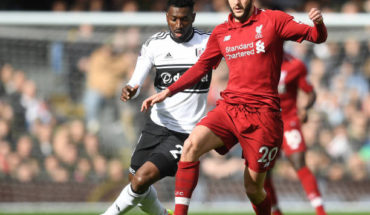