Brazilian winger Willian is linked with a move to Real Madrid, as the UEFA Champions League winners seem intent on luring Thibaut Courtois and Willian to the Santiago Bernabeu. Willian has been a vital cog for Chelsea over the years and he has been one of the most consistent performers for the London-based club. His departure would leave a gaping hole in the squad. Let us take a look at 3 players Chelsea can consider if Willian indeed makes the move to Spain.

Pulisic is a 19-year-old Borussia Dortmund player and he could directly replace Willian in the starting lineup. Like the Brazilian, even Pulisic prefers playing on the right flank.

The US international is creative with the ball at his feet. His nifty feet movement enables him to run past the opposition players and his dribbling prowess is something Chelsea can use on their right.

Pulisic is also versatile in his playing style. He is comfortable stretching the backline with his pace and direct style of play and he can also link up with his fellow attackers and run rings round the defenders.

Fekir was a part of France’s World Cup winning squad and even played a part by coming on as a substitute in the second half of most of the games. Fekir is quite versatile and can be deployed in a number of positions.

However, his stronger left-foot means that his general tendency could be to cut in from the right flank in order to influence the play. He isn’t the quickest of the lot but Fekir is a potent goal-scorer and can be effective inside the box.

Fekir’s passing range means that he can spread the play and his accuracy helps in locating the forwards willing to make runs in behind. He has a penchant to take shots from distance and is more often than not on target. This adds to his X-factor in the final third.

Rebic is physically imposing and is a complete workhorse and his ability to speed up the flanks and deliver telling crosses from the right-wing would provide great similarity to Willian’s style of play.

The 24-year-old is always ready to put in a defensive shift and his stamina, along with the tendency to dominate his flank using brute physicality and accurate crossing technique would be beneficial for Chelsea in the event they need to buy a replacement for Willian.

Essentially, this means that Viagras effects can last longer the older you are read 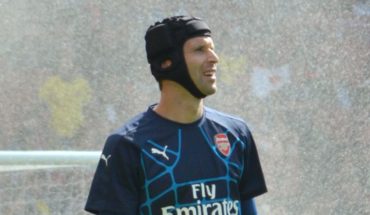