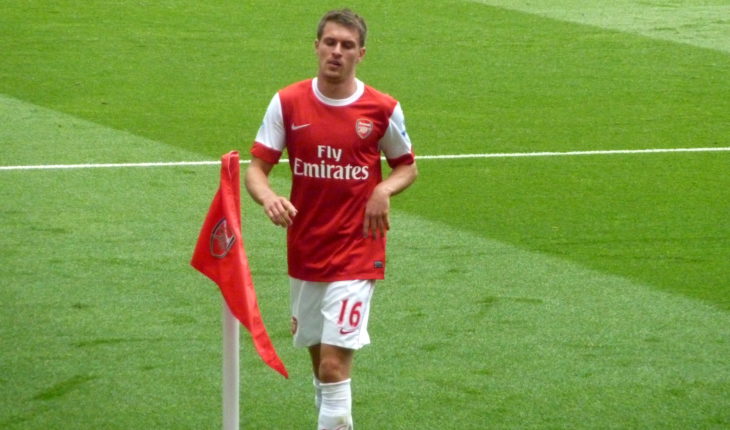 According to reports from Daily Mail, Chelsea are prepared to make a shock move for Arsenal midfield star Aaron Ramsey. The Welshman has been identified as a top target for the Blues, who are reportedly plotting a £30 million bid this summer.

Ramsey’s current contract with Arsenal expires at the end of next season although head coach Unai Emery firmly believes that the midfielder will stay at the club for the long-term. That being said, Chelsea are ready to take full advantage of his expiring contract and believe that a fee of £30 million will be enough to lure him to Stamford Bridge this summer.

The Gunners will be eager to sort out Ramsey’s future before the end of the current window. And should they fail to address the situation, they could face the prospect of having to see Ramsey join their Premier League rivals for a free transfer in a year’s time.

Ramsey, 27, is highly regarded as one of the best Welsh players of this generation though he has been largely overshadowed by the mercurial Gareth Bale throughout his career. After initially starting his professional career with Cardiff, he moved to Arsenal in 2008 for a fee of just £5.

Since his move to North London, the 27-year-old found astounding success as he emerged as one of the most talented midfielders in British football. During his ten-year stint with Arsenal, Ramsey has made over 330 appearances for the North London giants, helping them win three FA Cups.

However, following the departure of Arsene Wenger, Ramsey seems to have a gloomy future ahead with his new role under Unai Emery yet to be ascertained. Thus, a move away from Emirates could be a sensible decision.

Chelsea, in that regard, could be an ideal destination considering the fact that the tactical philosophy of newly appointed Maurizio Sarri would suit Ramsey’s style of play. In fact, the Italian mastermind has already stressed the fact that his side lack a pinch of quality in midfield. Therefore, the acquisition of Aaron Ramsey could prove to be a stroke of genius.

Blessed with incredible ball-playing qualities, Ramsey is advertised as a dynamic midfielder, who can be an ideal transition midfielder for Chelsea. His ball-carrying abilities will help the Blues navigate their play from defence to offence, thus making him a tailor-made fit for Sarri’s tactical setup.

But what makes him such an appealing target is his relatively cheap price tag. With a single year remaining on his contract, Chelsea will be hoping they can get him for much less in today’s inflated climate.