One of the transfer sagas which has been playing out for quite some time has been John McGinn’s move from Hibernian to Celtic. McGinn is unarguably one of the hottest properties in Scottish football and the Celts have been keeping close tabs on him. However, a deal has not been struck between the two clubs mentioned.

Although Brendan Rodgers is adamant to lure McGinn to the Celtic Park this summer, he hasn’t really gone out all guns blazing to make him sign on the dotted line. His initial bid of £1.5million was rejected by the Hibs early on and it was followed by a £2million bid by the reigning Scottish champions, which has also been rejected by McGinn’s employers.

The 23-year-old emerged through the youth ranks of St Mirren and after impressing during the outings for the senior side of the Saints, he was lured by Hibernian in the summer of 2015. He is thoroughly acclimatized with Scottish football and to add more depth to his midfield options, the former Liverpool boss has been trying to seal a deal for the player.

The midfielder’s contract, which confines him to Easter Road, is due to expire at the end of next season, but Hibernian are persistent with their £4million valuation. The Scottish international is keen to make a move to Celtic, as per Evening Times, but Neil Lennon’s side are in no mood to lose one of their prized assets for anything less than the price tag which they have slapped on his collar.

In what has been the latest development with respect to the saga, as per one of the latest reports by Daily Record, the Hoops have offered to ship Mikey Johnston out on loan to the Cabbages as a part of the deal to lay their hands on McGinn. Celtic have domestic superiority to maintain and are also eyeing to better their credentials in the Champions League and someone like McGinn can be instrumental in their endeavours.

The 19-year-old is desirous to move out on loan and St Mirren, Aberdeen and Hibernian have already registered their interest. Lennon is an admirer of Johnston and he is in the hunt for a new wide man after Brandon Barker returned to Manchester City at the end of his spell last season. Although this new development can be beneficial for all the parties involved, it will be intriguing to see whether Hibernian sanction the same or not.

Other similar photos can be found on Reddit and Yelp, and ﻿viagra. 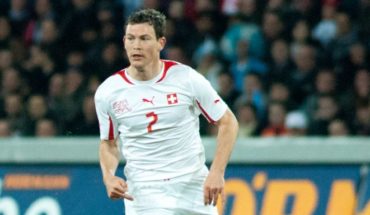