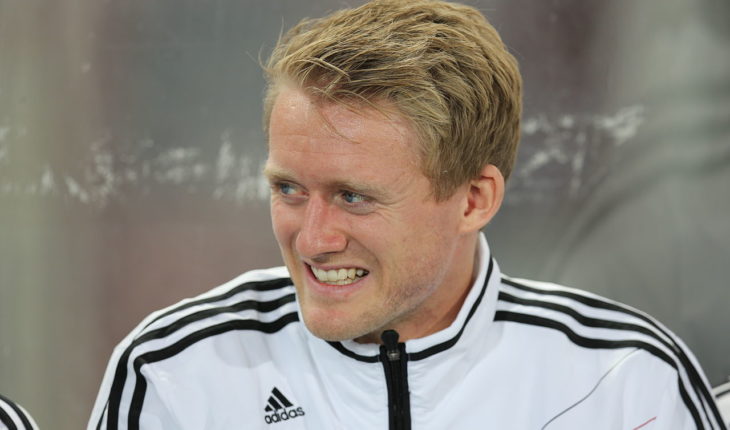 David Moyes may have managed to lift West Ham United to the 15th place in the points table but they are still just two points off the drop zone and the manager will know that they cannot afford any complacency to set in, for the rest of the season.

Moyes is now looking to add some star players to his side, who can help the club retain their place in the top flight comfortably and one player they are reportedly eyeing is German international Andre Schurrle.

According to Talksport, West Ham United have received a boost in the chase of Andre Schurrle as Inter Milan have apparently dropped out of the race. The Hammers are looking for a boost in their attack and signing a hungry Schurrle desperate to prove himself, might turn out to be a masterstroke by David Moyes.

Schurrle And His History:

A product of the academy at Mainz, the versatile attacker joined English outfit Chelsea in 2013, after a productive year in the German top flight with Bayer Leverkusen. He managed to lift the Premier League title in the 2014-15 season but spent just two years at the club, making just 44 top-flight appearances in England, before moving back to Germany with Wolfsburg.

He had a decent time at the VW Arena but just a year later, was snapped up by Borussia Dortmund, where he is now struggling to get into the first team. Since the start of the previous season, he has made just 17 league appearances and with the World Cup coming up, wants a team that can offer some game time.

A versatile player who can play on the wing as effectively as he can lead the line for his side, Schurrle is an excellent finisher and his ability to find passes and create chances with the ball at his feet is right up there with the best in the Bundesliga. He already has 193 Bundesliga appearances, only 4 of which have come this season.

However, in that time, the 27-year old has picked up 50 goals and 33 assists to add to his 22 goals in 57 appearances for his national side. Playing on the wing, he loves to cut inside and unleash shots but at West Ham, he is expected to play in a more natural CF role.

David Moyes has not been able to field a top class striker, who can finish off chances, which is evident in their league position at the moment. They need a player who can not only add numbers to the attack but someone who can walk into the first team for the rest of the season.

Summer buy Javier Hernandez and his backups Andy Carroll and Diafra Sakho, have all struggled in front of goal while Andre Ayew, Michail Antonio and Marko Arnautovic can also play in this role. However, the lack of a genuine leader in the attack is something that will be pricking the manager and he will hope that Schurrle can be the man to solve these problems.

His previous stint in England along with his exposure at the highest level will surely allow him to settle in quickly but do you think he can make a difference at London Stadium?