Premier League giants Arsenal are preparing to make a move for Mehdi Benatia as they aim to overhaul their defence this summer. The Juventus defender has been linked with a move out of Italy for quite some time now and the Gunners firmly believe that he can be the man to improve their struggling defence next season.

Juventus are already planning to reshuffle their defensive unit, as they look to ease out the likes of Georgio Chiellini and Andrea Barzagli. This, however, could include the sale of Mehdi Benatia, despite enjoying good times with the Italian giants during his two-year stint with the club so far.

The Moroccan international initially joined the Old Lady in summer 2016, on loan from FC Bayern, before completing a permanent deal last year. And the former Roma defender has already made over 50 appearances for Juventus within this past couple of seasons, forming a formidable defensive duo with Georgio Chiellini.

However, that being said, the massive growth of youngster Daniele Rugani, who has made a huge breakthrough into the Juventus starting eleven this season, has left Benatia’s long-term future with the club hanging in the balance. Therefore, the 31-year-old should definitely seek pastures new in this upcoming transfer window, making it a perfect opportunity for Arsenal to sign this highly rated defensive stalwart.

It’s no secret that the Gunners have struggled in the past couple of season, largely due to their lack of solidity in defence. Youngsters such as Calum Chambers and Rob Holding have failed to step up their game to the next level and to make things worse, veteran skipper Per Mertesacker has already retired from professional football, leaving Arsenal completely shallow in the defensive department. Therefore, the addition of a top-quality centre-back is imperative for the North-London giants this summer.

Blessed with incredible physical prowess which is coupled with his superior qualities in the air, Mehdi Benatia is an ideal fit for a club like Arsenal. Not only does he have the talent but also has the aggression and leadership capabilities, which can make a real difference at Arsenal next season.

Although Benatia might not be most technically gifted defenders in world football, his ability to nullify the opposition with some top-notch defending, is something Arsenal have missed a lot in the past couple of years. Hence, the 31-year-old is destined to thrive alongside a more calm and charismatic Laurent Koscielny.

However, whether or not Juventus will be willing to let go of the Moroccan international is highly uncertain and the fact that Benatia still has a two-year contract with the club makes it easier for Juventus to keep hold of their prized defender. In addition, the Gunners have also been linked with more realistic targets in the shape of Sokratis and Caglar Soyuncu, which could potentially scrap out the idea of signing Mehdi Benatia this summer. 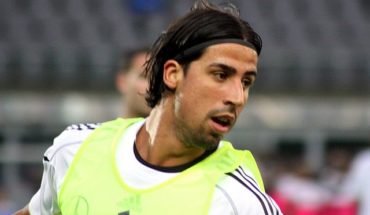