For all the quality they have in their first team, Southampton are currently struggling to get out of the drop zone and are still two points away from safety, with seven games of the season left. They will look to find some rhythm late this season but have a tough task this weekend, when they travel to Emirates to take on Arsenal, who are fresh from a thumping victory in the first leg of their Europa League QF tie against CSKA Moscow earlier in the week.

The Saints are winless in their last five league outings and have lost back to back games coming into this weekend. They lost to West Ham in an embarrassing manner last weekend and with Arsenal picking up some form lately, Southampton do not seem to have any real chance of picking up even a single point from this clash. But Mark Hughes will believe that his side has enough quality to upset Arsenal and will want his side to give everything in this game. Here is the predicted lineup he might field for this tie:

The Saints have an injury-free squad to chose from ahead of this tie against Arsenal. Steven Davies is finally back in training and is available for selection.

Alex McCarthy has been used as the first choice under the bar regularly in recent games and should keep his place in the side for this trip to London. Wesley Hoedt and Jack Stephens have been poor this season and need to step up their game if Southampton are to keep Arsenal quiet at Emirates.

Ryan Bertrand and Cedric Soares are the first choice full backs for Southampton and both players will have crucial roles to play at both ends of the field this weekend.

Hughes has stuck with Mario Lemina at the heart of the midfield and he will be under pressure, up against an Arsenal midfield that was at it’s best earlier this week. Pierre Emile Hojbjerg will partner Lemina in the middle of the park, adding some stability to this Southampton side.

Nathan Redmond, who did not last the whole game against West Ham, could keep his place on the left flank while Dusan Tadic, who also needs to step up his game, will start on the right flank.

Hughes used Charlie Austin and Manolo Gabbiadini in a strike partnership against the Hammers and might stick with it for another game, especially with Steven Davies just back from an injury. 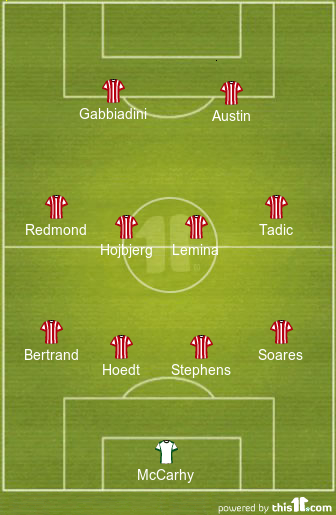 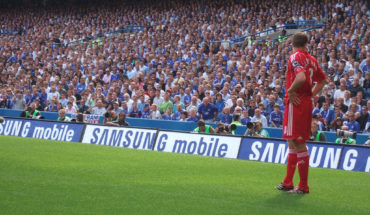