According to a recent report by Express, West Bromwich Albion have placed Liverpool’s Sheyi Ojo on their radar and are keen to lure him to the Hawthorns this summer. Although the Reds value him at £15million, he might be loaned out this season if clubs can’t match their valuation. Apart from the Baggies, Nottingham Forest, Reading and Middlesbrough are also keeping close tabs on the starlet.

Ojo emerged through the youth ranks of Milton Keynes Dons and Liverpool but he hasn’t been able to nail down a place for himself in the senior side of the latter. He has had loan spells with Wigan Athletic, Wolverhampton Wanderers and Fulham, which enabled him to brush himself further. Besides, he has also represented various youth sides of England’s national team.

Ojo has pace to burn and his speed is unarguably his strongest ally. He is capable of plying his trade on either flank and he loves to cut inside to test the opposition goalkeeper from the edge of the box. The 21-year-old, with his movements on and off the ball, makes it hard for the defenders to mark him.

The player is improving every passing day and his tendency to link up with the fullback has seen him add another dimension to his gameplay. He mustered 22 appearances for Fulham last season in the Championship, scoring 4 goals and garnering 2 assists in the process. He played a pivotal role in the promotion of the Cottagers and is well accustomed to the Championship.

Despite his calibre, he isn’t likely to get regular first-team football this season at Liverpool. Jurgen Klopp has a plethora of stars to cater to his needs at the Anfield and his summer acquisition, Xherdan Shaqiri, would certainly be ahead of Ojo in the pecking order. He is still young and for the benefit of all the parties involved, a loan spell for the blossoming young gun should be a wise move for now.

Darren Moore has already made some significant signings in Kyle Bartley, Sam Johnstone, Jonathan Bond and Harvey Barnes this summer. To sharpen up the attack, someone like Ojo could prove to be a healthy acquisition. His pace and direct nature of play should be a welcome change for Albion. Ojo has looked commendable in the pre-season games so far for Liverpool and will be eager to impress this season, irrespective of the club he plays for. 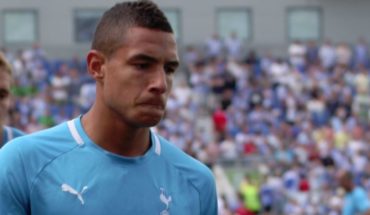