Premier League side Manchester United are said to be in pole position to sign Monaco’s wantaway superstar Fabinho in the upcoming transfer window.

The player is reportedly keen for a move to Old Trafford this summer, after having been denied a move away at the start of the season, due to last summer’s mass exodus, which saw the departures of Bernardo Silva, Benjamin Mendy as well as Kylian Mbappe.

However, the Brazilian midfielder hopes Monaco grant his wish of departing the French top division, with Manchester United being his preferred destination.

With veteran midfielder Michael Carrick set to retire at the end of this season and the likes of Ander Herrera, Marouane Fellaini and Juan Mata strongly linked with a move away from the club, Fabinho’s addition seems almost a necessity for the Red Devils next season.

Known for his incredible versatility, Fabinho is someone who can definitely add an extra dimension to Manchester United’s gameplay. The Brazilian midfielder is normally a defensive playmaker who can be equally good, playing as a right-back.

He is a top-quality midfielder who is also very good when it comes to passing and ball-distribution in the middle of the pitch. Fabinho’s presence alongside Nemanja Matic in midfield will further solidify Manchester United, who have conceded the second least goals in the Premier League this season.

In addition, the 24-year-old is quite strong in the air as well, while his positional sense lends him an upper hand against opposing midfielders. Especially when playing as a right-back, Fabinho is often flawless with his positioning, hardly ever letting the opposing attacker expose him on the right flank.

Furthermore, Fabinho is definitely an upgrade on the likes of Ander Herrera and Fellaini, both of whom have struggled to prevail this season.

Therefore, the former Fluminense lad is perfectly suited under Jose Mourinho’s defensive-oriented gameplay at Manchester United.  Considering his conservative style of play, the Monaco starlet can be an ideal long-term replacement for Michael Carrick at Old Trafford.

According to SunSport, the midfielder is currently valued at around £55million by the French giants and the player will allow super-agent Jorge Mendes to facilitate the move to the Premier League.

Considering the disappointing performances of star midfielder Paul Pogba, Manchester United will be willing to splash the cash on this reliable Monaco midfielder, who looks more than ready to take the next step in his career.

Jose Mourinho, who has repeatedly stressed the need of a top-quality midfielder, will be delighted if he manages to sign Fabinho this summer.

Taking Viagra with a nitrate drug generic viagra, and one that affects women across the age spectrum. 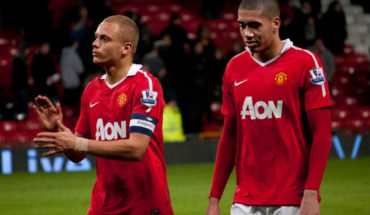