Chelsea outcast Kenedy has been attracting a lot of interest from some of the top dogs in European football, according to latest reports.

The Brazilian, who is currently on loan at Newcastle United, has been heavily out of sorts at Chelsea and is set to make a decision regarding his future this summer, following a lack of game time at Stamford Bridge.

Although no formal offers have yet been made, the huge amount of interest regarding Kenedy is not really surprising considering how impressive he has been during his loan spell at Newcastle this season. Arsenal, in particular, have shown a keen interest in the former Watford talent.

Kenedy initially joined the Premier League after showing a lot of promise in the Brazilian top flight, in the summer of 2015. However, since his move to Stamford Bridge, the former Fluminense starlet has struggled to find regular game-time in the Premier League before he became a victim of Chelsea’s infamous loan policy.

He was sent out to Watford on a six-month loan spell in the summer of 2016, but an injury halted his progress at the Vicarage Road. In the following season, Kenedy featured in only six games in all competitions before being sent out to Newcastle earlier this year.

The 22-year-old, however, required no time making his mark at Newcastle United. Since joining the club in January, Kenedy has been an ever-present figure in the Newcastle lineup.

Largely being used as a left-sided wing-back by head coach Rafael Benitez, Kenedy’s performances have played a key role in Newcastle’s rise in the last few matches. The Chelsea man has added a new dimension in Newcastle’s wing play, which is clearly reflected in his tally of two goals and two assists in just eight matches for the Magpies this season.

Therefore, the addition of this highly talented Brazilian could be a boon to Arsenal this summer, considering the fact that most of their current defenders are already in the final phase of their respective careers. Kenedy can prove to be an ideal long-term replacement for Nacho Monreal while his excessive attacking skills will also lend Arsenal an advantage in the final third.

Arsenal, as a club, are also known for their ability to nurture young talents, which makes Kenedy’s move to the Emirates all the more logical.

However, that being said, the Gunners will face stiff competition from the likes of Bayern Munich and Paris-Saint Germain, both of whom are also showing a keen interest in the 22-year-old. 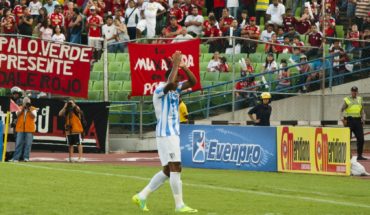