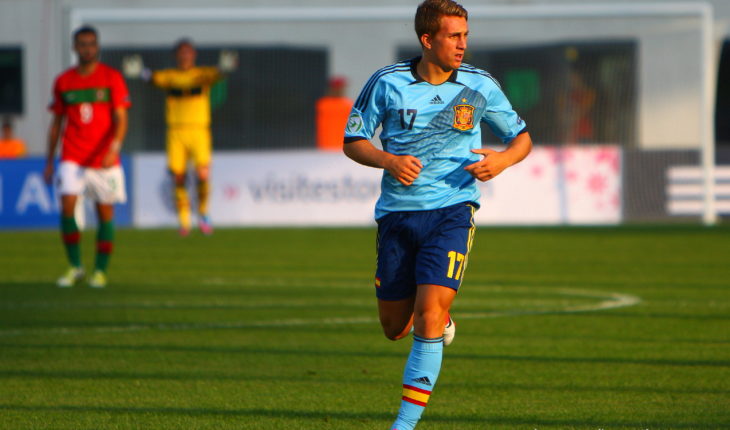 Watford signed Gerard Deulofeu on loan from Barcelona and it is a deal which has the potential to be a season-changing one for them. The Hornets will cover his salary and potential add-ons of €1million.

Deulofeu blossomed in the youth ranks of Barcelona and like any other graduate of La Masia, he is also a technically sound player. He initially started his career with Barcelona B and was later promoted to their first team. However, he struggled to make his presence felt at his boyhood club and was shipped out on loan, first to Everton and then to Sevilla, to brush himself further.

In the summer of 2013, Everton were successful in luring him to the Goodison Park but last season, he fell down in the pecking order after the arrival of Yannick Bolasie and he spent the second-half of last season out on loan with AC Milan. In the summer, Barca activated his buy-back clause and made him sign on a two-year deal.

He wasn’t getting due recognition or opportunities with the La Liga giants after his move to Camp Nou and could muster merely 5 starts and 5 substitute appearances before coming back to the Premier League. He scored 1 goal and notched up 1 assist and had a pass completion rate of 81.1%. It is his versatility across the frontline which probably prompted Gracia to sign him.

The 23-year-old is capable of plying his trade on either wing as well as a false 9 and his excellent dribbling skills enable him to create regular chances for his teammates. Watford have Richarlison but on his off days, they really struggle to create much in the final third. Having played for the likes of Barcelona, Everton and Milan, the youngster will not be fazed by the new challenge.

But despite the abundance of talent, Deulofeu hasn’t been able to break the shackles and fully express himself yet. Be it due to injuries or lack of form, he has found it difficult to have a consistent spell at any club for a particular period of time. Barcelona have a plethora of stars in their arsenal and the Spanish international might have stagnated his career further had he stayed in their ranks this season. Now that he has chalked a move to the Vicarage Road, he must ensure he makes the most of it.

And his start was a fairly positive one with the manager pleased with the fighting display against Stoke City where he was thrust into action from the start having signed a day ago.