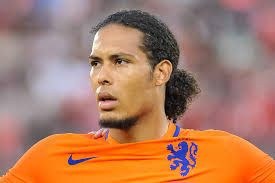 Though the title was safely secured by the Blues this season because of a masterclass by manager Antonio Conte, his summer signings played a huge part in that. A squad might be too good at any given point but without ample competition in the team, it can never aspire to be at the top. The signing of N’golo Kante was a massive decision by the board as well as the signings of Marcos Alonso and David Luiz along with finally giving a chance to the ultimate on-loan boy, Victor Moses.

What a season it turned out to be for Conte and his troops as they bulldozed their way to the Premier League crown with an experienced squad blended with freshness from a few faces! This summer is expected to be a bit different as Chelsea are rumoured to be handing their manager a £200 million war chest to prepare his side for competing in the Champions League and in domestic competitions. Without further ado, here are the five players that Chelsea should target with this insane amount to make this team go up a notch:

Chelsea need a goalkeeper to fill up space which is going to be emptied by Asmir Begovic who is all set to leave Stamford Bridge. Recent reports have linked Butland with a move to the Blues as the English custodian looks ready to play for a big team. Under Conte, the Stoke City man can unlock his potential and be worthy of a starting place for the Three Lions. Thibaut Courtois will also have a strong competition and at £20 million, Butland can be a brilliant buy for the Blues.

The Dutchman is currently the most in-demand defender on these shores. Southampton value him at about £60 million and the likes of Chelsea, Manchester City and Liverpool are ready to pay that which just goes to show Van Dijk’s ability. Signing him would be a massive blow to Chelsea’s rivals as having a centre back like Van Dijk along with the existing names will surely make Chelsea’s defence the best in England.

The 16-year-old Fulham wonder kid is garnering a lot of interest from the English circuit as he is considered as being one of the best left-backs in the Championship this season despite being just 16. With Chelsea certain to sign a centre back, Cesar Azpilicueta will be shifted to his more natural role that means Chelsea would not spend a big amount on a settled full back. Signing Sessegnon for around £10-15 million makes sense as with playing alongside the world class talents at Chelsea and slowly making his way up the ladder will make him a better player in the coming years.

The Paris Saint-Germain midfielder is being reported to being close to joining the Blues this summer for a deal worth £55 million. Antonio Conte has worked with Veratti before and the two have a good working relationship which might make this deal happen. The reason Chelsea should pursue this deal is that with Cesc Fabregas certain to leave, Chelsea need a consistent partner to accompany Kante. Matic has not been at his best this season as Chelsea need an industrious player to have more of an impact in midfield. Veratti can provide that and is a must buy for the Blues.

The Spaniard is claimed as being Antonio Conte’s number one summer target with the manager believing Morata to be the man to finally realise his potential under him at Stamford Bridge. Chelsea are ready to shell out close to £40 million for the striker who also wants to leave Real Madrid because of a lack of playing time. He is hungry for goals and can flourish under a manager who has seen his growth first hand at Juventus. Diego Costa is all set to leave this summer and Morata in all aspects can be the best replacement for Costa to lead the line next season.

See your doctor if you suspect that you may have a substance where to buy viagra cheap.