FC Barcelona have travelled to Stamford Bridge and will face Chelsea tonight in the second set of matches in the UEFA Champions League Round of 16.

The Spanish giants have performed incredibly well under new coach Ernesto Valverde this season, topping the La Liga table with a seven-point gap over second-placed Atletico Madrid while having a whopping 17 point advantage over arch-rivals Real Madrid.

Chelsea, on the other hand, are coming on the back of a topsy-turvy season so far. The Blues are currently sitting fourth in the Premier League table and run the risk of missing out on Champions League next season should they continue their dismal form in the league. However, a win today could definitely revitalize their season.

For home side Chelsea, Eden Hazard is definitely the go-to man. The Belgian has been Chelsea’s main man in attack, over the years and this week will be no different. Head coach Antonio Conte will be hoping that the Belgian international could provide the necessary attacking spark as they look to dominate the visitors. His excellent dribbling skills coupled with his dynamism is capable of causing some serious concern for the Barcelona defence, which has looked shaky in the past few matches. 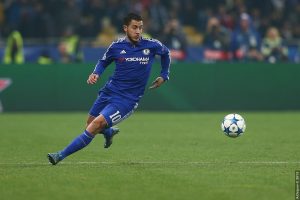 While Eden Hazard will take charge of Chelsea’s final third, the onus will be on star striker Alvaro Morata to deliver the final touch. The Spaniard has somewhat struggled to impose his authority at Chelsea since his big-money move from Real Madrid at the start of this season. Morata will be desperate to score against his former arch-rivals Barcelona as he looks to prove his critics wrong.

Last but not least, holding midfielder N’Golo Kante will be one of the most important players in the entire game. The Frenchman’s ability to break up play and wreak havoc in midfield is perfectly suited to Antonio Conte’s tactical philosophy. He will be tasked with the job of dismantling Barcelona’s midfield setup with dynamic pressing and movements in the middle third of the pitch.

As for the visitors, Andres Iniesta is definitely the one to watch out for. Following the absence of Philippe Coutinho, who will miss the clash, having played for Liverpool in the UCL group stages earlier this season, the onus will be on the veteran playmaker to provide the creative spark alongside Ivan Rakitic. It will be interesting to see how he fares against his former teammate Cesc Fabregas.

Another player to play a key role for Barcelona against Chelsea will be Sergio Busquets. The Barcelona midfield general is widely regarded as one of the best holding midfielders of the 21st century and will play a key part as Barcelona look to dominate the middle third of the pitch. His tussle with opposing midfielder N’Golo Kante will be one of the things to look out for this midweek.

And finally, it’s Lionel Messi, who is undoubtedly the most important player going into this game. All eyes will be on the Argentine superstar as Barcelona look to seal the tie in the first leg. Messi has already notched up 27 goals and provided 15 assists this season in all competitions, meaning stopping him will be imperative for the Blues defenders. 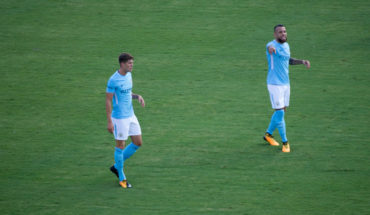