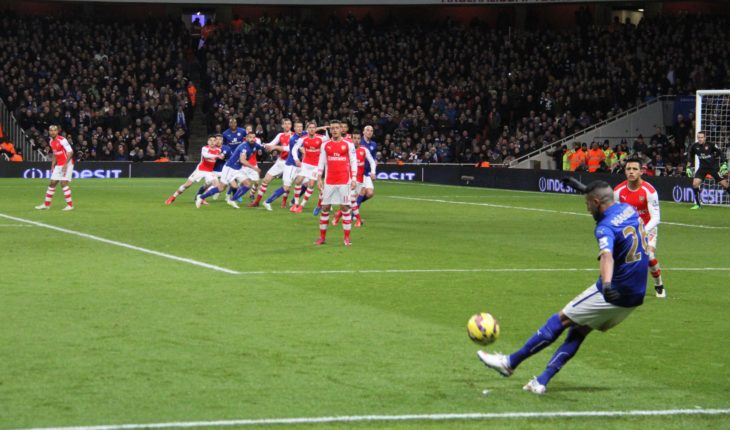 Catalan giants Barcelona finally managed to land their top transfer target in Philippe Coutinho this month, and though it is bizarre to see Liverpool let their talisman leave mid-way through the season, the Reds will get more than £140m, which can now be invested in the squad. While Klopp will want to improve the overall quality, he will also be desperate to find a replacement for Coutinho, before the deadline day.

A number of names are constantly doing the rounds but one player Liverpool are close to landing is Algerian winger Riyad Mahrez.

If reports from Bien Sports are to be believed, Liverpool have already agreed on a deal with Leicester City to sign Mahrez for a fee of £50m. Also wanted by Arsenal, Mahrez was a target for Liverpool even in the summer and reports now claim that he could be announced as a Red in the upcoming days.

Though the club officials refused to divulge anything on this front, tabloids from around the country are confident that this deal will go through, before the end of the week. He may not be a like-for-like replacement for Coutinho but is Mahrez a decent addition to the Liverpool squad?

Mahrez And His Numbers:

The PFA Player of the Year for the season in which Leicester City ran away with the Premier League title, Mahrez is easily one of the most exciting playmakers in the league at the moment. Having joined Leicester City back in 2014, he saw the Foxes move into the top flight and win the title and has been in decent form this season.

A left-footer, who loves to create chances with through balls in the air and on the ground, Mahrez is an excellent dribbler, who has troubled even the best of the defenders in England. He has seven goals and 8 assists in 22 league games this season, which is better than what Coutinho has managed, albeit having played a few games more.

At just 26, he can still improve on his productivity in front of goal and will only become better, playing under Jurgen Klopp at Anfield.

Where Will He Fit In:

He can find the runs of Sadio Mane on the other flank like he does for Jamie Vardy and can be more effective than he has ever been at the King Power. He is one of the very few players of his quality, who is not cup-tied in the Champions League and at £50m, he is a worthy investment for Liverpool this January. It is hard to see him replace Coutinho individually but Mahrez’s addition will surely reduce the pain of the loss of their Brazilian magician.