Chelsea and Everton shared the spoils at Goodison Park as the game ended in 0-0 draw. The champions were on the front foot right from the word go and put up a commanding display with over 70% possession early on.

Everton, though, defended staunchly and picked up another credible point. Conte’s men had over 24 shots on goal and a double goal-line clearance from Jagielka saved the day for the Toffees to make sure Sam Allardyce is still unbeaten at the Merseyside club. For Chelsea, the gap has just gotten bigger and any dreams to retaining the title are practically over.

Here are the Chelsea players’ ratings –

A boring afternoon with almost nothing to test him.

Ran on the flank tirelessly but couldn’t find any space for a cross. He was tackled too many times and failed to beat his man.

Went about his work quietly and effectively. Two superb blocks off Sigurdsson.

Made one terrible error when he was ahead of Calvert-Lewin. His casual approach could have hurt Chelsea.

Was barely tested but was very smart distribution and diagonal passing.

He took most number of shots, stayed front for most time and enjoyed attacking.

He was very supportive going forward and overall, had a fine outing. Just his typical performance.

A much-improved performance, initiated counter attacks and won the ball back many a time for his side.

Excellent movement off the ball and sometimes left the opposition defence clueless with his running but miscued a couple of clear chances at goal.

Showed good energy on the right. Willian switched wings, tried his best to break the deadlock and showed good feet.

Almost everything he did, had an air of perfection and craft attached to it. From the little flicks to lay offs, dribbles to take one, he was on top of the game. A real menace for Jagielka and Schneiderlin throughout the game.

Played in an advanced role. Good link up play with Hazard.

He dropped deeper but could barely make an impact or have a say in the match.

Awful! His attempts were mere failures, be it take ones or crosses. 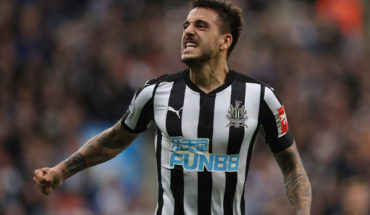