Chelsea got back to winning ways as they beat Huddersfield Town 3-1, with goals coming from the underperforming Tiemoue Bakayoko, Pedro and Willian, who aren’t always in the starting line up these days. For the time being, Chelsea are level on points with Manchester United. Here onwards, their only job is to keep winning and ensure they are around to take advantage in case the Sky Blues slip up in the future.

Here are the Chelsea player ratings –

It’s upsetting when the keeper is a spectator for the entire game but can’t keep a clean sheet. He could do nothing about the header.

He stuck to the left touchline and produced deliveries of the highest quality. Alonso’s assist to Willian was one such example.

His passing, use of strength and defending, in general, were all going well until he was outrun for Huddersfield’s goal.

A match-altering block to deny Mooy but otherwise, he got forward and played in tandem with the midfield. Easy game for him.

Solidity personified. He didn’t let anything get past him. The senior most defender, who is quite a positive influence, helped Ampadu out in the last few minutes. Great to watch!

Fabulous in the air. He won the first ball which helped Chelsea score the first goal. Otherwise, he enjoyed running at defenders.

He provided a massive defensive cover and allowed Bakayoko to roam freely along with Pedro and Willian. Yet another convincing performance from this little bundle of energy.

The simplicity by which he gets past players with the help of his strength is wonderful to watch. After much criticism, his well-worked goal will give him much needed confidence.

One of the most attractive finishers in the league, hands down. While he missed a one on chance, he made up for it with a sumptuous finish in the second half. He looked very confident on the ball but could have scored a couple of more goals.

With two assists and a goal, Willian certainly looks back to his lethal best. His dribbling, holding on to the ball and the ease with which he passed was sublime.

With his help, Pedro and Willian could play further up the pitch. Amidst a lot of tricks and flicks, he teed up many chances for the Blues.

Calmed a few nerves down, he looked very comfortable and composed with the ball. Defensively, he was solid.

With his performances in the League cup, his Premier League debut was never too far away. He looks full of conviction, confidence and discipline. 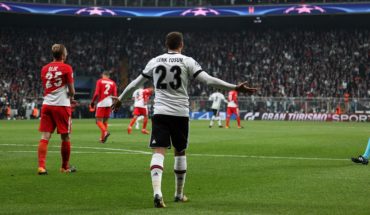