With just one win in the entire month of September, Jürgen Klopp’s Liverpool need some good results to get their confidence back but they will face tough opponents this weekend. Liverpool are getting ready to welcome arch-rivals Manchester United to Anfield tomorrow and it’s going to be a blockbuster match.

The Red Devils are joint-top of the points table and remain unbeaten and Klopp will be hoping that he his side can stop the high-flying United side. Liverpool are a not at their strongest at the moment with a few key players out, but still, have the quality to go all the way and here is the predicted lineup Klopp might field for this tie:

The Reds will be without the services of their talisman Sadio Mane, who was ruled out for up to six weeks. Apart from him, Adam Lallana and Nathaniel Clyne are the two others on the long-term injury list.

Alberto Moreno has been effective on the other flank and is expected to start at left-back. Dejan Lovren has been mediocre and atrocious and needs to step up and will be partnered by Joel Matip, who has also been inconsistent. If they are not on top of their game, United will make merry.

Though skipper Jordan Henderson has been inconsistent, which has affected the whole team, he remains Klopp’s first choice at the base of the midfield and should start the tie there. German ace Emre Can scored a belter in the last game for Germany and will be a key figure in the midfield.

Dutch midfielder Georginio Wijnaldum is yet to put in a decent performance after the Arsenal game and Liverpool will hope that he will have a productive outing this weekend.

With Mane injured, Klopp can use his Brazil star Philippe Coutinho in a more advanced role as a winger on the left flank. He will be complemented by Mohamed Salah, the hero for Egypt in the World Cup qualifiers, on the right flank.

Roberto Firmino has been out of form recently but this would be a good game for him to get back to scoring ways. Here is how they might line up: 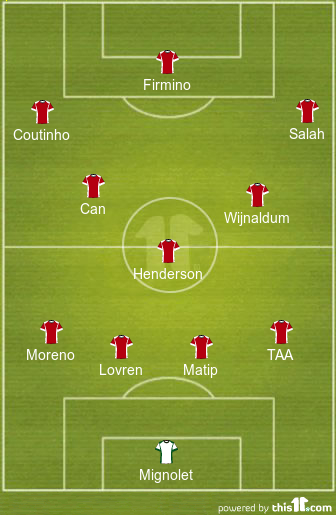 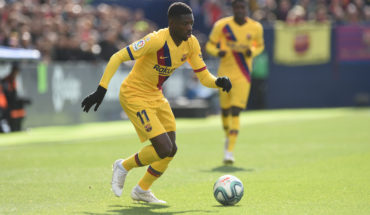