Home
LEAGUES
English Premier League
Leicester City
Watford Keen To Sign This Leicester City Attacker: Can Silva Get The Best Out Of Him?

Marco Silva has been very cunning during the summer transfer window in beefing up his arsenal and has been bang on in getting the right players to Watford. The former Hull City manager has already lured some quality names like Andre Gray, Richarlison, Will Hughes and Tom Cleverley to the Vicarage Road and his attacking regiment does look formidable on paper.

However, Silva is far from being a satisfied man and is now vouching for another striker, despite making Gray sign on the dotted line earlier this month for a club-record fee of £18.5million. The Hornets have started their new season in the Premier League in a decent manner, with 5 points in their bag after their first 3 league outings. The animosity of the English top division tests the depth of the sides and thus, Silva is reluctant to be complacent with his striking department.

As per one of the reports, Watford are attempting to prise Leicester City’s hitman Islam Slimani out of the King Power Stadium before the curtain of the summer transfer window falls. The striker’s role has been reduced to that of an outcast and apparently, the Foxes are keen to strike him off their books. Premier League outfit Newcastle United and Ligue 1 sides Marseille and Monaco have also put Slimani on their radar, which implies that there could be a tug of war between these sides.

The 29-year-old signed for his current employers last summer for a whopping transfer fee of £29million, as per the reports. However, he couldn’t generate adequate momentum and failed to settle as he could manage merely 7 goals in 23 appearances for City last season. He hasn’t had a great start to life after his move from Sporting CP and is desperately searching for an outlet. Nonetheless, there is no dearth of his admirers and frankly speaking, a move to the ranks of the Golden Boys has the ingredients to put his career back on the right track.

Watford are likely to make substantial benefits by signing the Algerian international, for he is an imposing figure up front and his sheer aerial presence makes it too difficult for the opposition defenders to keep him quiet. He works really hard, is clinical and knows exactly where the goal is. Besides, he has a season’s experience in the Premier League under his belt and could help Watford in attaining a decent stature in the league table this season, provided a deal is agreed.

Other similar photos can be found on Reddit and Yelp, and cheap viagra safe. 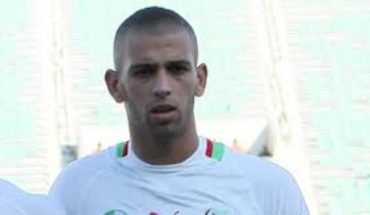 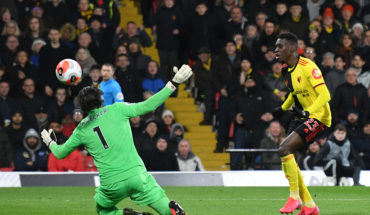