It looks like the Wembley woes will continue for a fortnight more, as an ordinary performance from Tottenham Hotspur saw them succumb to a 1-1 draw against Burnley, a game which lacked gas and steam but unfolded in late drama.

It was tough going for both teams, as they struggled to test each other. There were hardly any shots on target in the first half. The breakthrough came in the 49th minute when Dele Alli led the orchestra of a Wembley crowd that had quietened down.

But Chris Wood, on his debut for Burnley, scored a last gasp equaliser sending the travelling support into a frenzy as Burnley will go into the International break in terrific spirits having taken points off Chelsea and Spurs in their first 3 matches.

He was confident in goal, played the perfect sweeper keeper when he came off his line and crunched a tackle. Made a couple of other crucial saves but wasn’t otherwise tested much and was left helpless when Burnley scored as he could not do much about it.

Lacked spark, but had discipline. Played a text book left back role, fought well, crossed rather accurately but couldn’t find the space he would have loved or a perfect delivery into the box.

Was extremely solid as ever, barely let anyone run off his back, won aerial duels and played beautiful diagonal balls up front to the likes of Alli and Trippier.

A part of a spectacular pairing with Toby, played a wise off-side trap, got forward when needed and kept his markers isolated by chasing them well.

He played right up there, for most of the time. Didn’t really produce a magic ball into the box, but facilitated a Tottenham attack that looked like they had no way through. His mistake led to the all important goal as he completely switched off and allowed Wood to run on his outside, something that is just not expected at this level.

Was very versatile, in midfield he narrowed down the gaps and when Burnley looked for an equaliser, he joined the Belgian pair. He also did the all important near post flick to Alli which gave them the lead.

Neat passing as always, but was unable to run at players and get past them with his physique. Pretty ordinary day at the office for him.

Wasn’t electric as he always is, the beautiful passing game lacked with Eriksen and Alli and looked very disoriented with the ball. Nonetheless, the work rate was good.

Only one who wasn’t at his best but atleast had phases where he looked he would pull something off. Made his presence felt in the box at the right place on a couple of occasions, one of which resulted in a goal.

Eriksen didn’t enjoy his moments of magic, wasn’t able to make any forward runs, had to drop deeper and deeper and supply. There was no way through for him.

Along with the Wembley monkey, he carries the August monkey and his luck didn’t really favour him on this occasion either. He was sharp at times, worked very hard to get his shots away, but none of them rippled the back of the net. Maybe they would have gone in during September or April!

New signing barely had anything to show as he was subbed on during the dying stages of the game.

Linked up with the forwards on a couple of occasions with one-twos but didn’t have much to show.

Certainly got the height that Spurs needed to hold the ball and bring others into play, also had the fresh quick legs. Put more effort to go past Burnley defenders but wasn’t present in the box at all and lacked the finishing touch. 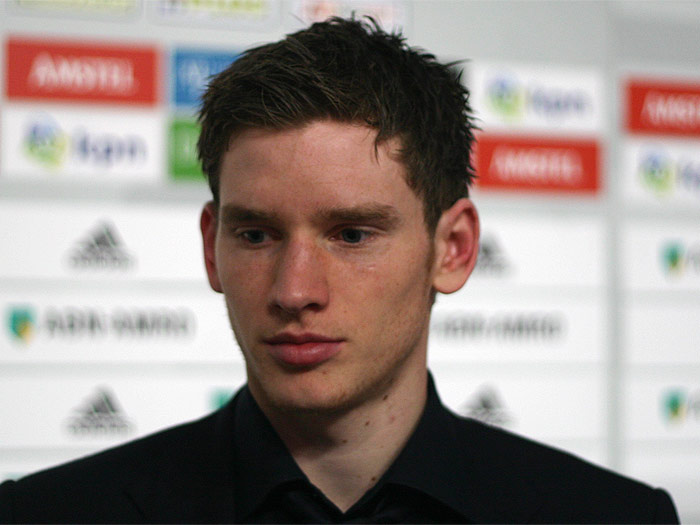