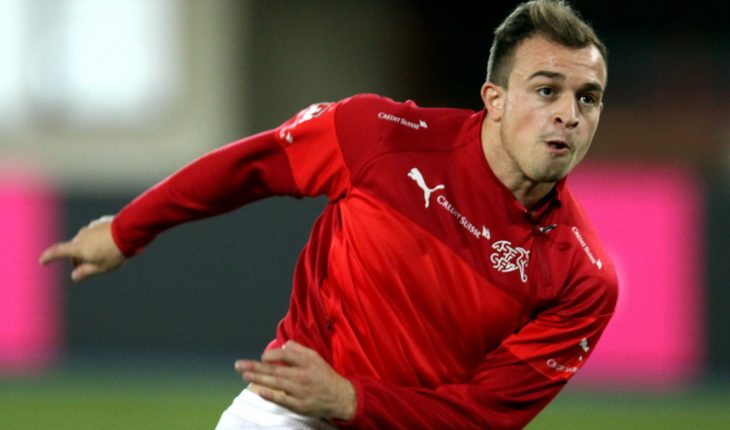 West Ham United and David Moyes parting ways so amicably shows that he was just a make-shift appointment at the London Stadium. They have already named their new manager in Manuel Pellegrini, who has started searching for players who can improve his side next season.

There are a number of stars West Ham have been constantly linked with in recent months but that could change with Pellegrini in charge. But the recruitment board will have targets that they will want to hire and this could end up being an exciting summer transfer window for the Hammers. Reports also suggest that he will be given a budget of around £75m, so who should Pellegrini look to sign? Here are the three players West Ham United must try to lure this summer:

Currently getting ready for the World Cup in Russia, the Swiss international is one of the most gifted players in England at the moment but failed to keep the Potters in the top flight. Now that Stoke City are relegated, he will be in the transfer market for a meagre sum of £12m, which has already attracted interest from the likes of Everton. West Ham are also being linked with a move for the 26-year, who could be a match winner for the side. He brings a different dimension to the game and will fit in well under Pellegrini and should be easy to lure, as West Ham can offer more game time than most other clubs who are after him this summer.

A free agent after his 8-year stint with Manchester City came to an end this season, Toure is one of the most decorated midfielders in the league at the moment and has recently revealed that he wants to play at the highest level for at least another couple of years. His previous time with Pellegrini at Etihad has seen him linked with a move to West Ham now and his experience and creativity could be a huge factor in West Ham’s run in the league next season. He may not be a regular starter but his presence in the side and impact off the bench might be just what they need in crunch games next season.

Statistically one of the best defender in England for over a year now, Tarkowski narrowly missed out on a place in Gareth Southgate’s national side travelling to Russia next month. He has been in great form, taking Burnley to European football, for the first time in 51 years but his returns have already started attracting interest from some of the best clubs in the country. Liverpool are also after him but West Ham can probably offer him more game time and his inclusion will certainly improve a crippling backline at London Stadium.

Sexually Transmitted Diseases: Use of VIAGRA offers ﻿viagra no protection against sexually transmitted diseases, more widely available will mean that men who had not previously sought help for impotence would be more likely to do so.