Tottenham Hotspur were one of the calmest clubs going into the final weeks of the transfer market this summer but Mauricio Pochettino seems to have completed his first signing of the summer today. The Argentine manager has decided to add to his backline and it is now understood that Spurs have all but completed the signing of Ajax star Davinson Sanchez.

According to reports, Sanchez will cost Spurs around £42m but who is the newbie for Spurs and what will he add to the squad? Here is a SWOT analysis of Tottenham Hotspur’s first signing this summer:

Born and brought up in Caloto, Colombia, the 21-year old moved to Ajax just last year, after three long years with Atletico Nacional, where he already made a name for himself. He was the first choice for the Dutch giants last season, making 32 league appearances, helping them to the league title and a place in the finals of the Europa League last season.

He put in some solid performances at the back for his side against the toughest of opponents and has established himself as one of the most exciting youngsters at the moment in Europe.

A centre back by trait, the 21-year old is a physical defender who uses his aggression to get the better of his opponents. But the way his controls it, is what makes him a solid defender at the highest level. Strong in the air and in fending off opponents, Sanchez loves to dominate his area and is a player not many strikers will want to face.

He is quick and will not be beaten by pace, is strong and accomplished in the air and is a star to watch out for. His passing is the biggest letdown but at his age, he will learn a lot about the game and will become a far better player if he continues to play regularly at the highest level.

The 21-year old could walk into the first team under Pochettino this season if the manager decides to use a 3-4-3 system. In such a system, playing alongside the likes of Toby Alderweireld and Jan Vertonghen, two of the best and the most experienced defenders in the league, Sanchez will fast become a regular in the first team and can turn Spurs into an even stronger outfit defensively.

Pochettino is also the kind of a manager who prefers to use young guns over experienced players and might be looking at Sanchez as a long-term option to replace his first team Belgian duo at the back. In either case, Sanchez is staying with the club for years to come and could turn into a bigger star than he already is.

However, if Pochettino decides to use a 4-man backline, Sanchez will have to work harder to get into the first team as he cannot be risked as one of the two centre backs in crunch games in what will be his first season in England.

The physical approach in the English game should not be a problem but can, at the same time, be overwhelming and if the Argentine manager decides to push him into the first team under pressure, he might not be able to show as much confidence as he is in Amsterdam. But do you think he is the perfect fit for Pochettino’s squad in London? 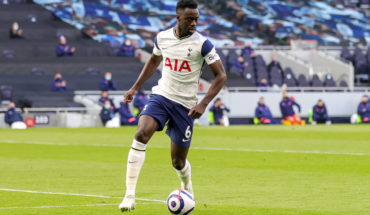