Not Another Flop Story-

Liverpool have not been the best team in the transfer market, not just in this season, but for quite some time now. The Reds have failed to make the right kind of signings, though Jurgen Klopp did manage to add a few more stars to this squad from the last term, which would have been a boost. However, they have not been able to complete the deals for some of the main targets, which has been a concern for the former Borussia Dortmund manager. One more player to join that list now could be Gremio’s 24-year-old Brazilian international Luan, who was wanted by the Merseyside outfit.

The attacking midfielder was already wanted by a host of clubs including the Reds and Serie A outfit Inter Milan, though the club from Brazil had put a condition on the sale, that they wanted to keep him on loan until January.

Further, there has now been a new development in this story, as another club has been added to the equation, with Turkish outfit Fenerbahce trying to add the attacker to their squad as well now.

The report suggests that the Turkish giants want the Brazilian international and will challenge the likes of Liverpool and Inter, in the race to sign him.

Luan has been attracting the attention of a lot of clubs across the European continent and is expected to leave his native country and move to a new destination, in the near future.

Last season Luan made a total of 23 appearances in all competitions, playing a total of 1258 minutes. He managed to score 6 times, with the same number of assists to his name as well. He had an 83.7% successful passing rate and was named the “Man of the match” four times as well.

For Gremio, he has made a total of 90 appearances, scoring 23 times and can play both as a forward and an attacking midfielder, who would give his manager more variety up front, on how to utilize his talent. Though his crossing and aerial duels have not been up to the mark, he can still be a star if he gets the right kind of club, in the days to follow.

Deal Or No Deal?

A player that likes to run forward with the ball, dribble and invite fouls. Looks to be one of the best players in Brazil at the moment and thus the attention from the big clubs. Surely would be an asset for the team that he joins, if he can adjust to the style of football in Europe. Liverpool really need to sign him. 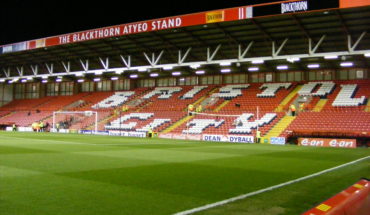