Home
LEAGUES
English Premier League
Everton
Tottenham Hotspur Get To Know The Demands Of Their Top Target: Should Pochettino Go Ahead?

Runners up of the 2016-17 season of English Premier League, Tottenham Hotspur, are undergoing quite an uneventful summer transfer window. The North London based outfit are yet to make a signing and are presumably going to keep the group cohesiveness intact and operate with the players they already have in their armoury. However, for a club of their stature, it would not be absurd to believe that a signing or two for the right price might be on the cards before the curtains of the transfer window fall.

Everton’s sensation, Ross Barkley, has been heavily linked with Mauricio Pochettino’s side for quite some time now. However, there is a disagreement between the two clubs, with the Toffees slapping a hefty price of £50million on Barkley whose contract expires next summer. To worsen the case, it is perceived that the English international is demanding £150,000-a-week to join the Lilywhites. So, the question of the hour is, should Spurs give their consent to the humungous demands of the club as well as the player?

Barkley is undoubtedly one of the finest young talents in the game with the potential to be the face of his national side as well as any club for which he plies his trade a couple of years down the line. Predominantly a central attacking midfielder who can operate as a central midfielder as well as on either side of the attacking midfield sector, he is fashionably versatile and elegant. The 23-year-old banged in 5 goals and registered 8 assists to his name in 36 appearances in the English top flight and no wonder he is on the radar of Pochettino.

He excels in dribbling, passes the ball well, has the vision to not only carve openings for his teammates but also ensures that he tests the opposition’s goalkeepers when circumstances permit. Besides, he is young and can serve Spurs (if they manage to sign him) for many years, has the requisite pace in his legs and has an undeniable knack to rattle the defence with his movements, passes and pace. He might not be a notable contributor as far as catering to the defensive duties are concerned but offensively, he is a very productive package.

It is not rocket science to decipher that being an Englishman automatically paves the way to an inflated price, and considering that Barkley is young, very flexible with his positioning and has the experience of plying his trade in the Premier League as well as with the Three Lions, his value was always going to be sky high, but with the likes of Harry Kane and Hugo Lloris earning £120,000-a-week each, it is likely to create dissatisfaction amongst the troops if the deal materialises. However, if Barkley is negotiated properly and is urged to lower his wage demands to an extent, Spurs should pounce upon the opportunity of luring him to their ranks. 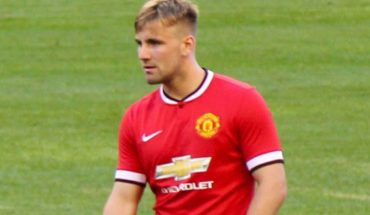