Chris Smalling’s 2016-17 campaign didn’t churn out in a productive manner owing to his injuries as well as his inability to impress Jose Mourinho when he accumulated games under his belt. He was severely criticised by the former Chelsea manager and it seemingly appears that the Portuguese will listen to offers to strike the defender off his books for the best price.

To make the scenario worse for Smalling, the Red Devils signed Victor Lindelof from Benfica for a staggering sum of £31million, which will push the former further below in the pecking order. Mourinho is anticipated to go with the duo of Eric Bailly and Lindelof next term as the first choice central defensive pair and it goes without saying that Smalling will be severely overlooked.

The 27-year-old could muster merely 18 appearances in the English top flight last campaign (5 of which were as a substitute) and manoeuvred 0.7 tackles, 0.7 interceptions, 7 clearances and 0.5 blocks per game on an average, and frankly speaking, his statistics weren’t really appealing. After the bashing he received from the gaffer, a move away from the Old Trafford is likely over the summer.

West Ham United are believed to be in the race to sign the English international, as per the reports. The Hammers were utterly mediocre last season and one of their prime issues was their apparent lack of resilience at the back. Slaven Bilic’s outfit conceded as many as 64 goals, with their backline going haywire for the major part of the campaign which just concluded. Thus, Bilic’s recent interest in luring Smalling to the London Stadium makes perfect sense.

The Manchester United central defender will be a decent coup for the Irons, considering his immense experience in the Premier League which could aid Bilic’s side to a significant extent. He is well-built, very strong in the air and passes the ball out of the danger zone in a shrewd manner. Besides, he possesses the technical ability of the game, has a notable understanding of the game and will excel at the backline of the London-based outfit.

If the deal eventually materialises, West Ham United would see the quality of their defence rise massively. He has tasted a lot of success with Manchester United and will instil a sense of winning mentality into Bilic’s ranks. West Ham, however, should conclude the deal soon as he is unlikely to be available for too long, with Everton and Newcastle United also hovering over him. 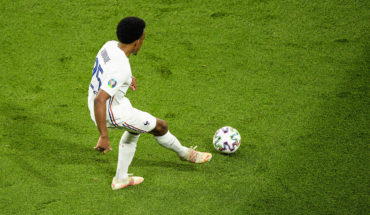