Nothing’s clear yet, as Leeds United chairman Andrea Radrizzani is keeping things pretty close to his chest. Rightly so. After the high-profile exit of Garry Monk a few weeks ago, the very least he’d want is fans to lose hope and deem him as some sort of a nutshell decision maker.

You can only hope the club makes the right choice. Granted, it’s imperative to get a manager soon as you’d want him to make the best use of the transfer market, but hiring the right guy to place on the hot-seat isn’t easy, and more so when it’s a long and draining league like the Championship.

Quite a few names have been doing the rounds, of which, some stand out. Michael Laudrup is without doubt one name that’ll get the fans excited, but reports indicate he isn’t being considered. But then, considering how everyone has backed away when asked about the vacant managerial position, one can’t even be sure of the names who are CURRENTLY under scrutiny.

It’s not a surprise that Chris Wood has come out and said that they need a manager who can take forward the groundwork Monk laid before resigning.

“We can’t be tearing those (foundations) down to start new ones,” said the Kiwi striker.

Now, this is basically code for getting a manager with an ideal style, be it tactics or man-management. There’s no doubt that Monk got the best of what he had. For a squad as thin as Leeds’ a top six spot would have been a miracle. They finished just outside that.

Monk’s ethos has forever been to play front-footed and we say that at Swansea and Elland Road more recently. Of all the managers being linked with Leeds at the moment, a few have the same ideology.

While Karanka and Ranieri are much more pragmatic, Jokanović and Laudrup are those who won’t sacrifice good football to finish a game with a clean sheet. It’s clear what type of football the fans would want. Having said that, pragmatism often produces the results when compared to champagne football.

Anyway, let’s not get away from the point, which is to get a manager who can preserve what Monk mustered in a year. Radrizzani’s spell hasn’t started off well with Monk’s departure, but he can uplift the mood by getting someone who can at least, with his outlook, inspire confidence like the former defender did. 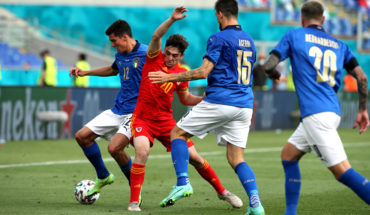