Chelsea are readying a bid to sign Italian wing wizard Federico Bernardeschi from Fiorentina this summer. Antonio Conte wants to add more firepower to his attack and has identified the 23-year old versatile winger as a perfect addition to his squad.

According to the Italian Journalist Alfredo Pedulla, Bernardeschi has reportedly rejected a new contract offer from Fiorentina. The new deal offered was said to be worth around £2 million a year.

As a result, Fiorentina are reportedly open to hearing bids for the star as he enters the final 2 years of his contract.

Chelsea will face stiff competition from League rivals Manchester United who are also interested in the Italian winger. Juventus and Inter Milan are also in the hunt for his signature.

Bernardeschi will cost a minimum of £30 million for the potential suitors.

The agile left-footed winger has featured 32 times for the Viola netting 11 times in the Serie A this season. He has also registered 4 assists creating 57 chances for his team in the league this season.

Bernardeschi has a successful take-ons ratio of almost 56% averaging just over 2 shots per game in the Serie A.

Most of all, he has been a real revelation at Florence this year with his versatility as he can play as a winger and a wing-back in different formations. (Stats via Squawka)

What will he offer to the club?

In addition to his bursting pace, Bernardeschi is also a tricky winger primarily who is a massive threat in attack. Averaging 3.4 shots per game in all competitions, the speedster has an eye for goal as well.

Chelsea manager Antonio Conte mostly use Marcos Alonso as a wing-back in his three at the back setup and the Spaniard did fairly well. However, with Champions League football next season, he will need another able player possibly of greater quality and that’s where the Bernardeschi can be a vital player.

Fiorentina are said to be holding out for an offer near £40 million for the Italian ace. The fee looks to be a little high for the young winger.

Fiorentina are looking to coup a sum as large as possible. But in today’s inflated transfer market, £40 million seems to be a par price for good players.

Bernardeschi is certain to add quality to the Chelsea squad. With a lot of fixtures to be played next season, Chelsea would want quality in depth as they look to challenge for the big prize next season. 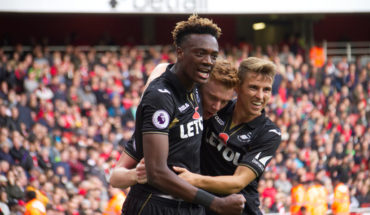