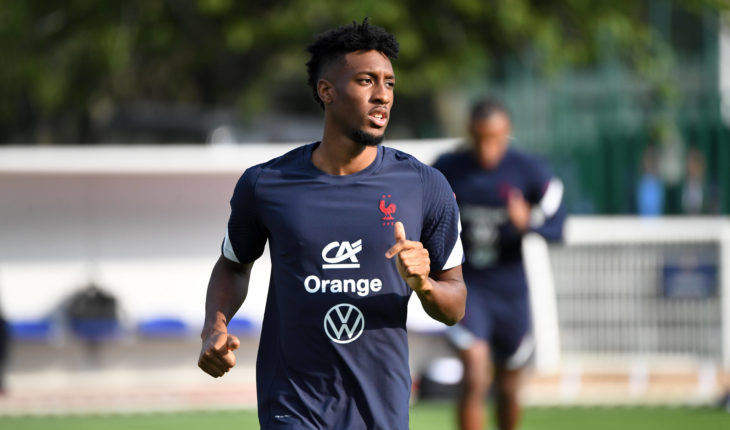 Kingsley Coman reportedly wants to move to the Premier League as Bayern Munich are failing to meet the winger’s wage demands.

The French international, 25, who joined Bayern Munich from Juventus in 2017, has been one of the pillars in the Bundesliga side’s success in recent seasons, notably scoring the winner in their 1-0 victory over Paris Saint-Germain in the 2019/20 Champions League final.

Kingsley Coman is one of the most coveted wingers in Europe and his desire to try a new challenge in England has put both Liverpool and Manchester City on red alert, report French news outlet Le10Sport.

The 25-year-old star’s contract at Bayern Munich expires in 2023, meaning he’ll be in the final year next summer. Coman has resisted a new deal from the Bavarians and could be on his way out, with the winger’s former clubs Paris Saint-Germain and Juventus also interested in his services.

That being said, though, here are three likely Premier League destinations for Coman.

In Mohamed Salah, Sadio Mane and Roberto Firmino, Liverpool have one of the best attacking trios in European football. Salah, Mane and Firmino have been instrumental in the Reds’ solid success in recent years, helping Jürgen Klopp’s side win the Champions League and the Premier League.

However, Liverpool’s front-three are all set to turn 30 this season and Klopp must start planning to freshen up his options in the final third. To that end, Kingsley Coman would be a smart option for the Merseyside outfit.

With his blistering pace, smart movement and tireless work rate, Coman would be a good fit in Klopp’s system at Anfield. The Frenchman’s addition would allow Klopp to rest and rotate his front three accordingly.

Chelsea broke the bank in the summer to bring back Romelu Lukaku, whilst adding Saul Niguez on a season-long from Atletico Madrid with an option to buy.

Lukaku, 28, one of the most in-form strikers in recent years, has made an instant impact on his return to Stamford Bridge and is expected to score a lot of goals in Thomas Tuchel’s system.

The Blues aren’t in an immediate need of attacking reinforcements given the options Tuchel has at his disposal, but with Timo Werner failing to live up to the lofty expectations and Callum Hudson-Odoi seemingly not in the manager’s plans, they could do well with a new wide player.

In that regard, Chelsea making a move for Kingsley Coman would make sense. With 41 goals and 50 assists in 203 games for Bayern, he is an experienced player and a proven winner who would undoubtedly lift Tuchel’s side to another level. Despite being heavily injury prone, the French international is capable of delivering magic moments, especially in big games.

Tottenham Hotspur, under new head coach Nuno Espirito Santo, have started the new Premier League very well with three wins in the opening three games. Nuno is rebuilding the Spurs squad after the club missed out on Champions League football for the second successive season and sacked Jose Mourinho midway through 2020/21.

Given Steven Bergwijn’s lack of consistency, Tottenham should look for an upgrade on the Dutchman. In that regard, Kingsley Coman would be ideal as he wants a change in scenery, a new challenge and new teammates.

Capable of playing on either flank, Coman has an eye for a pass and often drives at defenders with pace to start attacks. The former Juventus star has the guile required to create opportunities for his teammates and works really hard off the ball.

If Spurs manages to get back playing in the Champions League, signing Coman from Bayern could become easier. 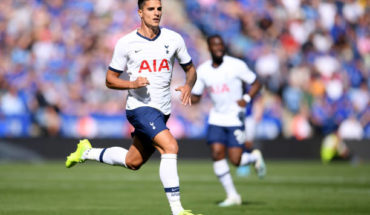